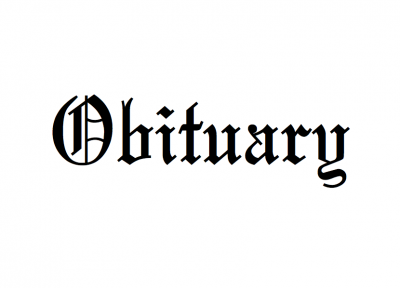 In 2019, the political world lost a giant in U.S. Rep. Elijah E. Cummings, the death of Toni Morrison in August left a chasm in the publishing world, Hollywood lost director John Singleton, and the year also saw the untimely deaths of young rappers Nipsey Hussle and Juice WRLD. Here is a roll call of influential ﬁgures who died in 2019 (cause of death cited for younger people, if available):

James Ingram, 66. The Grammy-winning singer who launched multiple hits on the R&B and pop charts and earned two Oscar nominations for his songwriting. Jan. 29.

Kristoff St. John, 52. An actor best known for playing Neil Winters on the CBS soap opera “The Young and the Restless.” Feb. 4. Heart disease. Frank Robinson, 83. The Hall of Famer was the ﬁrst black manager in Major League Baseball and the only player to win the MVP award in both leagues. Feb. 7.

Andrea Levy, 62. A prize-winning novelist who chronicled the hopes and horrors experienced by the post-World War II generation of Jamaican immigrants in Britain. Feb. 14.

Jackie Shane, 78. A black transgender soul singer who became a pioneering musician in Toronto where she packed nightclubs in the 1960s. Feb. 21.

Ken Gibson, 86. He became the ﬁrst black mayor of a major Northeast city when he ascended to power in riot-torn Newark, New Jersey, about ﬁve decades ago. March 29.

Damon J. Keith, 96. A grandson of slaves and ﬁgure in the civil rights movement who as a federal judge was sued by President Richard Nixon over a ruling against warrantless wiretaps. April 28.

John Singleton, 51. A director who made one of Hollywood’s most memorable debuts with the Oscar-nominated Boyz N the Hood” and continued over the following decades to probe the lives of black communities in his native Los Angeles and beyond. April 29. Taken off life support after a stroke.

Patricia Bath, 76. A pioneering ophthalmologist who became the ﬁrst African American female doctor to receive a medical patent after she invented a more precise treatment of cataracts. May 30. Complications of cancer.

Leon Redbone, 69. The blues and jazz artist whose growly voice, Panama hat and cultivated air of mystery made him seem like a character out of the ragtime era or the Depression-era Mississippi Delta. May 30.

Dave Bartholomew, 100. A giant of New Orleans music and a rock n’ roll pioneer who, with Fats Domino, co-wrote and produced such classics as “Ain’t That a Shame” and “I’m Walkin.’” June 23.

Jerry Lawson, 75. For four decades, he was the lead singer of the eclectic cult favorite a cappella group the Persuasions. July 10.

Pernell Whitaker, 55. An Olympic gold medalist and four-division boxing champion who was regarded as one of the greatest defensive ﬁghters ever. July 14. Hit by a car.

Edith Irby Jones, 91. The ﬁrst black student to enroll at an all-white medical school in the South and later the ﬁrst female president of the National Medical Association. July 15.

Johnny Clegg, 66. A South African musician who performed in deﬁance of racial barriers imposed under the country’s apartheid system decades ago and celebrated its new democracy under Nelson Mandela. July 16.

Art Neville, 81. A member of one of New Orleans’ storied musical families, the Neville Brothers, and a founding member of the groundbreaking funk band The Meters. July 22.

Toni Morrison, 88. A pioneer and reigning giant of modern literature whose imaginative power in “Beloved,” “Song of Solomon” and other works transformed American letters by dramatizing the pursuit of freedom within the boundaries of race. Aug. 5.

Cedric Benson, 36. A former NFL running back who was one of the most proliﬁc rushers in NCAA and University of Texas history. Aug. 17. Motorcycle crash.

Baxter Leach, 79. A prominent member of the Memphis, Tennessee, sanitation workers union whose historic strike drew the Rev. Martin Luther King Jr. to the city where he was assassinated. Aug. 27.

Jimmy Johnson, 76. A founder of the Muscle Shoals Sound Studios and guitarist with the famed studio musicians “The Swampers.” Sept. 5.

Robert Mugabe, 95. The former Zimbabwean leader was an ex-guerrilla chief who took power when the African country shook off white minority rule and presided for decades while economic turmoil and human rights violations eroded its early promise. Sept. 6.

Zine El Abidine Ben Ali, 83. The former Tunisian president was an autocrat who led his small North African country for 23 years before being toppled by nationwide protests that unleashed revolt across the Arab world. Sept. 19.

Diahann Carroll, 84. The Oscar-nominated actress and singer who won critical acclaim as the ﬁrst black woman to star in a non-servant role in a TV series as “Julia.” Oct. 4. Cancer.

James Stern, 55. A black activist who took control of one of the nation’s largest neo-Nazi groups – and vowed to dismantle it. Oct. 11. Cancer.

Elijah E. Cummings, 68. A sharecropper’s son who rose to become a civil rights champion and the chairman of one of the U.S. House committees leading an impeachment inquiry of President Donald Trump. Oct. 17. Complications from longstanding health problems.

John Conyers, 90. The former congressman was one of the longest-serving members of Congress whose resolutely liberal stance on civil rights made him a political institution in Washington and back home in Detroit despite several scandals. Oct. 27.

John Walker, 82. An Arkansas lawmaker and civil rights attorney who represented black students in a long-running court ﬁght over the desegregation of Little Rock-area schools. Oct. 28.

Ernest J. Gaines, 86. A novelist whose poor childhood on a small Louisiana plantation germinated stories of black struggles that grew into universal tales of grace and beauty. Nov. 5.

Juice WRLD, 21. A rapper who launched his career on SoundCloud before becoming a streaming juggernaut and rose to the top of the charts with the Sting-sampled hit “Lucid Dreams.” Dec. 8. Died after being treated for opioid use during a police search.