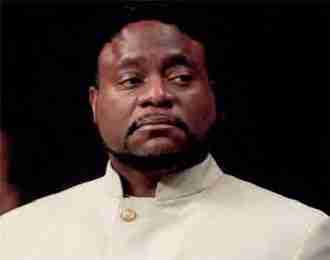 LITHONIA, Ga. — People are paying their final respects during a service to celebrate the life of Eddie Long, a Georgia megachurch pastor who died Jan. 15 after battling cancer.

The service began Wednesday morning at New Birth Missionary Baptist Church, where Long had been senior pastor since 1987.

The Atlanta Journal-Constitution reports that former Georgia Gov. Roy Barnes and former NFL player Deion Sanders are among prominent figures listed in the funeral program as people giving tributes. The church says it grew from 300 members to more than 25,000 under Long’s leadership and became one of the nation’s largest congregations. Long, whose reputation was tarnished after former congregants accused him of sexual misconduct, was 63 when he died.

Long was a Christian author, a gospel singer and was also known for preaching and practicing a “prosperity gospel” which teaches the faithful will be rewarded with wealth.

Long was also known for his flamboyant lifestyle, as he flew around the world on a private jet, drove around metro Atlanta in a $350,000 Bentley and lived in a $1.4 million house with six bedrooms and nine bathrooms. In 2006, the church hosted then-President George W. Bush and former presidents Bill Clinton, Jimmy Carter and George H.W. Bush during the funeral of Coretta Scott King, the widow of the Rev. Martin Luther King Jr.

“As I reflect on his life, I am especially remembering Bishop Long’s support during some of the most difficult times in my life. The passing of my mother in 2006, and the sudden and unexpected loss of my sister in 2007,” King’s daughter, Bernice King, said in a statement. “During these devastating moments in my life, he was there for me and my family in many ways and I will forever be grateful.”

Scandal erupted in 2010, when four young men filed lawsuits accusing him of sexual misconduct, bringing notoriety to his church that reached far beyond its 10,000-seat cathedral at its home base in Lithonia, Georgia, just east of Atlanta.

Long’s lavish lifestyle was a focal point in the lawsuits, which accused him of seducing the young men into sexual relationships in exchange for trips, clothes and cars.

Two of the men had accused Long of grooming them for sexual relationships through the church’s LongFellows Youth Academy. The other two men, one of whom attended a satellite church in Charlotte, made similar allegations in the legal cases.

Eight months later, Long settled the cases out of court for an undisclosed amount and has never admitted any wrongdoing. After that, some congregation members changed their opinion of him, but many others continued to rally around the charismatic leader.

Bishop T.D. Jakes, who was good friends with Long, released the following statement on his ministry page on Facebook: “We are deeply saddened by the passing of a mighty man of valor, embattled warrior, learned and beloved pastor and man I call friend, Bishop Eddie L. Long.

We will miss his enigmatic catchphrase uttered just above a whisper, “watch this…;” his love for the Gospel shared liberally and a ministry that impacted lives around the globe.

To the New Birth family, no words can ease the pain of your loss. I pray for the balm of Gilead to heal your broken hearts.

To his beloved widow, Vanessa and his children who feel the brunt of the loss most deeply and profoundly, we pray for you especially. You have not a high priest who cannot empathize with your present circumstance.

We stand in the gap for you in your time of suffering, waiting patiently for the glory that is to be revealed to us.

And pray that the God of all comfort would fill you to overflowing with a peace that passes all understanding.#BishopEddieLong” Services were held at 11 a.m. Wednesday at New Birth, located at 6400 Woodrow Rd. in Lithonia.

Long laid in-state from 8 a.m. until the service began. Visitation was held from 11 a.m. until 7 p.m. Tuesday, at the church, according to Gregory B. Levett & Sons Funeral Homes & Crematory, which is in charge of arrangements.

The family requested that any floral arrangements be in white or off-white.

Long is survived by his wife, Vanessa Long, four children and three grandchildren.