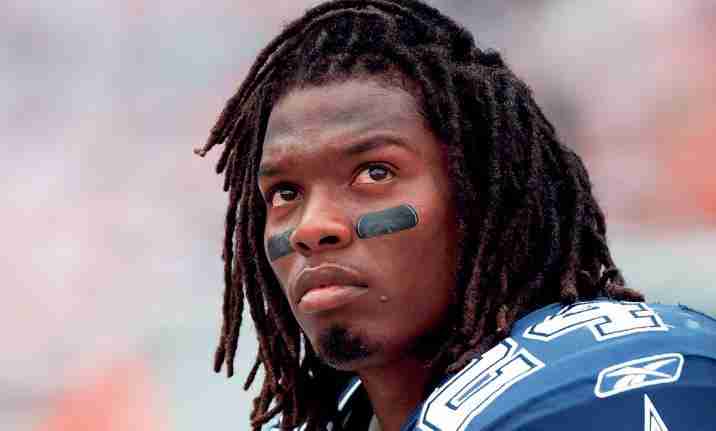 Frisco, Texas (AP) – Marion Barber III, the former Dallas Cowboys running back who is fourth in franchise history with 47 rushing touchdowns, has died, the team said Wednesday. He was 38.

Barber played a ﬁnal season with Chicago in 2011 after spending his ﬁrst six years with the Cowboys. He had issues with mental health after his career.

Police in the Dallas suburb of Frisco said Wednesday they made a welfare check at an apartment “believed to be leased” by Barber and were investigating an unattended death there. The Cowboys, who have their headquarters in Frisco, said they were “heartbroken by the tragic death of Marion Barber III.”

“Marion was an old-school, hard-nosed football player who ran with the will to win every down,” the team said. “He had a passion for the game and love for his coaches and teammates.”

The younger Barber was third on Dallas’ career list for rushing touchdowns before getting passed in 2021 by twotime NFL rushing champion Ezekiel Elliott. Barber ﬁnished with 53 overall and never had fewer than four in any of his seven seasons, even though he never had a 1,000-yard rushing season.

The former Minnesota player, a fourthround draft pick by Dallas in 2005, had 24 touchdowns in 2006-07 despite starting just one game those two seasons. Barber’s career high was 14 TDs in 2006, when he rushed for just 654 yards.

Barber had a career-high 975 yards rushing and 10 TDs in 2007, when he made his only Pro Bowl. His role and production declined from there, and he had careers lows in carries, yards and touchdowns in his ﬁnal year in Dallas in 2010.

Three years after his career ended, Barber was detained and taken to a hospital for a mental health evaluation. Police in Mansﬁeld, another Dallas suburb, said it wasn’t clear what led to the calls that prompted their response.

Barber and his father both played for the Golden Gophers, and the younger Barber is second on the school’s career list with 35 rushing touchdowns.

Barber and Laurence Maroney, a ﬁrstround pick by New England in 2006, were the ﬁrst pair of NCAA backs to produce two 1,000-yard seasons in consecutive years on the same team. They did it in 2003-04.

Barber’s younger brothers, Dom Barber and Thomas Barber, also played for the Gophers. Dom Barber spent four years as a defensive back with the Houston Texans.