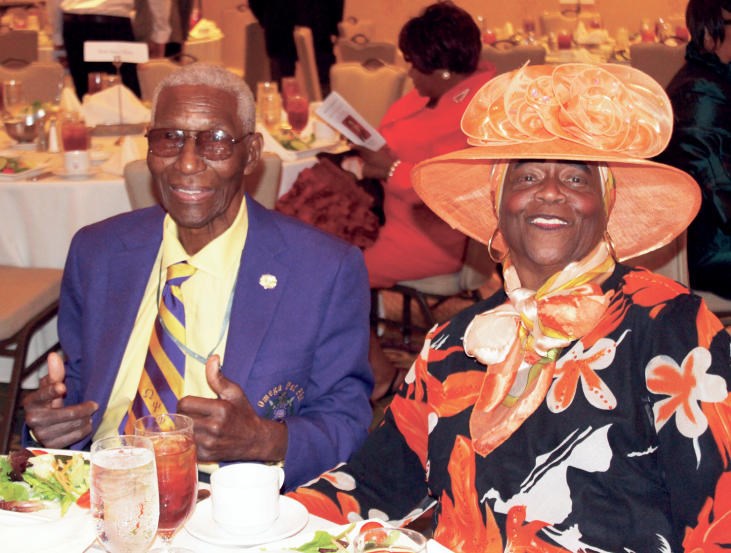 West Palm Peach, Fla. – James (“Jim”) Drayton, a Civil Rights Movement pioneer and community leader, whose legacy includes the institutions he established and myriad professionals and others he mentored, died Sunday in his 90th year.

“It is with great sadness that I announce the passing of Mr. James (Jim) Drayton,” said Powell regarding the man he described as a “Beloved father, grandpa, uncle and friend.”

Drayton “will be truly missed and was an inspiration, mentor, educator, political strategist and former West

Drayton’s was “The founder of Together We Stand Democratic Club, African American Heritage Bookstore and African American Film Festival, but most of all a dear friend and father ﬁgure to us,” said Anderson, who worked closely with Drayton as president of the Democratic group as well as in other capacities.

Anderson noted that Drayton “was very instrumental in his, his wife KaShamba Miller Anderson’s, and countless others’ political and personal development. He added – as if in parting words to Drayton:

“Thank you for taking the time and seeing something in us and providing my wife and I as well as many others all the accoutrements – one of his favorite words – to serve in our current capacity as commissioner of the City of Riviera Beach (Mrs. Anderson) and commissioner of the Port of Palm Beach (he, as chairman).”

His was the prevailing sentiment among many who knew Drayton.

“The Martin Luther King Jr. Coordinating committee will always be grateful to Mr. James Drayton for inspiring and educating the local and other communities about the Civil Rights Movement,” said Edith Bush, the organization’s executive director.

“We honored him with the 2013 Community Service Award,” Bush added, “at one of the annual MLK Scholarship Breakfasts attended by more than 900 participants.”

This newspaper too has repeatedly noted the accolades and affection for Drayton as well as his life accomplishments.

After earning his Bachelor of Arts degree in Economics from Florida A&M University, and a Master of Arts in Economics from the University of Chicago, Drayton proceeded to complement his natural business savvy with a strong foundation in government and community service.

He answered the call when drafted into the U.S. Army to ﬁght in the Korean War, was recognized in the 1960s as a high-potential executive, and pursued a career as a senior bank examiner for the New York State Banking Department in New York City.

He took a turn from corporate America to small business and entrepreneurship, and successfully founded many organizations focusing on minority issues and community empowerment.

Drayton proved to be a signiﬁcant asset while serving in many capacities, whether at the Schomberg Corporation in New York – one of the world’s largest repositories of literature, art and artifacts detailing the black experience – or for companies from Pennsylvania to Fort Lauderdale.

Drayton said he established the Together We Stand Democratic Club “with the hopes of enlightening, educating and empowering the community.”

HERITAGE BOOKSTORE Consistent with the spirit of it’s founder and president, the organization’s signature fundraising event – highlighted by the affectionate roasting of of a fellow member – is a freefor-all of good-natured jabs, whose sacriﬁcial lambs have included the MLK Committee’s Bush, Riviera Councilwoman Anderson, and Palm Beach County School Board member Dr. Debra Robinson, among other area public service heavyweights.

“I was profoundly sad to hear about Mr. James Drayton’s death,” Enright said. “Through Mr. Drayton’s Bookstore in the Northwood Section of West Palm Beach, he helped transfigure a literary canon long closed to African Americans in Palm Beach County.

We were introduced to African American writers and artists we would have not known, had it not been for Mr. Drayton’s bookstore,” Enright added. “The bookstore covered the nature of Black life in America from slavery to inequality that went on more than a century after slavery ended and continues today.

“Mr. Drayton understood the power of words, and the importance of being informed. Mr. Drayton is sadly missed.”

Former West Palm Beach Commissioner Drayton also was the founder of the African American Film Festival held annually at the Kravis Center for the Performing Arts in West Palm Beach.

“We will always promote and support the African American Film Festival he so graciously hosted at the Kravis Center every year,” said the MLK Committee’s Bush.

“The movies continue to provide powerful messages of hope and inspiration to those in attendance,” Bush said. “His legacy will always be remembered by those who knew and shared his knowledge of the Civil Rights Movement.”

Beyond all his other accomplishments, Drayton might best be remembered for the widespread love and admiration he earned and engendered.

“When I think of Mr. Drayton, the words "scholar and gentleman" come to mind,” said School Board member Robinson.

“He was a strong leader covered in grace. I am honored to have learned from him.”