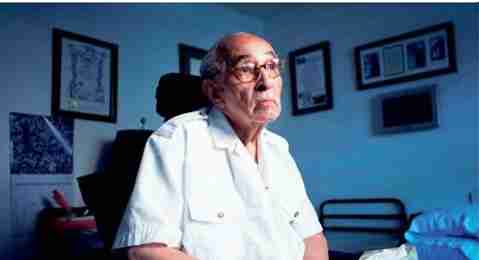 He was either 88 or 89. Family records showed different years of birth, said his daughter, Patrice Walker Powell, who confirmed his death.

Powell said her father died Jan. 23 at an assisted living facility in Chester, Virginia. She said he had been in declining health the past few years after a stroke.

Walker was a key player in the civil rights movement, brought in by King to be the executive director of the Southern Christian Leadership Conference three years after the civil rights organization was founded.

“He was such a great orator … in the civil rights movement,” said SCLC President Charles Steele, who called Walker “a legend in his own right.”

“He was known for motivating and uplifting people and bringing about the opportunity of being hopeful.”

Before joining the SCLC, Walker was already a top civil rights leader in Virginia, where he had led a “Pilgrimage of Prayer” in Richmond against school segregation on New Year’s Day 1959.

“There will never be another one like Wyatt Tee Walker,” Marsh said.

In 1961, during the Freedom Rider campaign to integrate interstate buses, Walker was one of seven black leaders and four white clergymen arrested in Montgomery, Alabama, while trying to eat together at a bus station.

And in 1963, he had a key role in the SCLC’s campaign against segregation in Birmingham, Alabama.

“Wyatt Walker, youthful, lean and bespectacled, brought his energetic and untiring spirit to our meetings, whose members already knew and admired his dedicated work as a behind-the-scenes organizer of the campaign,” King wrote in his book, ‘Why We Can’t Wait.’

When King and others were jailed in Birmingham for parading without a permit, Walker helped assemble King’s famous answer to his moderate critics, “Letter From Birmingham Jail.” King had written the essay on scraps of paper and in the margins of newspapers, which he had passed on to his lawyers.

Walker then put it together with the help of a secretary.

“It was one of the most important documents of the century,” Walker told The Birmingham News in 2001.

The following month, May 11, 1963, a blackowned Birmingham hotel and the home of King’s brother were bombed, touching off rioting by blacks. Walker addressed those in the crowd, urging them to help King’s cause “by going to your homes.”

Leaving the SCLC post in 1964, Walker was pastor of Harlem’s Canaan Baptist Church from 1968 until his retirement. He was installed there by King just 10 days before King was assassinated April 4, 1968.

Walker’s successor, the Rev. Thomas Johnson Sr., said Tuesday that social justice was the over-arching theme of Walker’s life and that he had a great impact serving his own congregation by promoting affordable housing, a senior citizen center and programs for the hungry and homeless.

“I think if you ask members of the church, there probably wasn’t a sermon or any event that did not have a social justice implication attached to it,” Johnson said.

“Even in his absence, I think his voice will still speak clearly and loudly from his theological beliefs that God calls the church to change society for the better in more areas than just the spiritual.”

In an interview with The Associated Press in 2004, Walker recounted how he dealt with King’s assassination.

“I felt that Dr. King’s image and importance had become so large that nobody would dare try to do him harm,” he said.

“I grieved for about six months. But one day I was walking down 125th Street and it was as if I heard (King’s) voice saying: `Whatcha got your head down for? At least I was with you for a while.”’

“So I got over my grief and I continued to do for my church base those things which I had learned through him,” he said.

Walker was also a longtime leader in the U.S. movement against South African apartheid, and in 1994, Nelson Mandela kicked off his first U.S. visit as South African president by thanking parishioners at Canaan Baptist Church.

Walker was born in Brockton, Massachusetts, and received bachelor’s and divinity degrees from Virginia Union University.

According to Taylor Branch’s book, “Parting the Waters: America in the King Years 195463,” Walker had been a member of the Young Communist League in his youth, inspired by the ideal of equality, and was steered toward the ministry in college.

Walker had come to the SCLC post from Gillfield Baptist Church in Petersburg, Virginia, where he had been the preacher since 1952 and was active in local civil rights efforts.

In addition to the 1959 “Pilgrimage of Prayer,” his efforts included a demonstration at the segregated Petersburg library in which he was arrested while trying to check out a book on Robert E. Lee, Branch wrote.