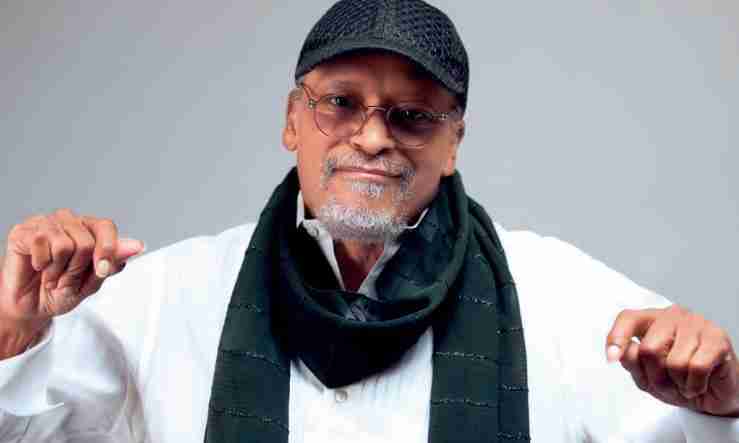 (Black PR Wire) – James Mtume, an R&B legend whose 1983 hit, “Juicy Fruit,” returned to the charts a decade later as #1 single of rap legend Notorious B.I.G.’s “Juicy,” died on Jan. 9. He was 76. His death was conﬁrmed by his publicist, Angelo Ellerbee.

Mtume’s musical genius ranged from disco to jazz, and everywhere in between. Not to mention his dramatic compositions for television (“New York Undercover”) and ﬁlm (“Native Son”). “Juicy Fruit,” the biggest hit from his self-titled R&B group, has been sampled countless times, most famously on Notorious B.I.G.’s classic “Juicy.”

Mtume also produced and co-wrote hit singles for Stephanie Mills (“Never Knew Love Like This Before”) and Roberta Flack and Donny Hathaway (“The Closer I get To You”) in collaboration with his musical partner and fellow Davis alum Reggie Lucas.

Mtume was born in the city of brotherly love, Philadelphia, as the son of saxophonist Jimmy Heath. Raised by his stepfather, Philly jazz pianist James Forman, the young musician grew up with activist roots (he saw Malcolm X speak as a child) and moved to California in the mid-‘60s on a swimming scholarship. There, he joined the Black empowerment group, the U.S. Organization (whose founder, Maulana Karenga created the holiday Kwanzaa), and recorded his earliest solo albums starting with “Alkebu-Lan – Land of the Blacks.”

According to NPR, after returning to the East Coast, Mtume (whose name translates as “messenger” in Swahili), played with jazz band leaders such as McCoy Tyner and Freddie Hubbard as well as recording with his uncle, Albert “Tootie” Heath on the “Kawaida” album. Around this time Mtume joined Miles Davis’ band for a four-year stint that included some of the jazz legend’s most adventurous material, including “Dark Magus” and “Pangaea.”

In his 1989 autobiography, Miles, Davis noted Mtume’s impact on the heartbeat of his band: “With Mtume Heath and Pete Cosey joining us, most of the European sensibilities were gone from the band. Now the band settled down into a deep African thing, a deep African-American groove, with a lot of emphasis on drums and rhythm, and not on individual solos.”

“COMMON GROUND” After 1980’s In Search of the Rainbow Seekers, the band released 1983’s Juicy Fruit. The title track became the band’s biggest hit, and it was famously sampled on the Notorious B.I.G.’s “Juicy.” The band followed it with two more albums: 1984’s You, Me and He which spawned another hit record and 1986’s Theater of the Mind.

Mtume was later credited on songs by Mary J. Blige, R. Kelly, and K-Ci and Jo-Jo. Mtume became a radio personality for new York City’s KISS 98.7 FM. In 2019, he gave a TED Talk titled “Our Common Ground in Music.”

Following the news of his death, Mtume was mourned on social media by the artists who loved his music, including Gangstarr’s DJ Premier, Talib Kweli and others. “Thank you James Mtume for all the wisdom & love & respect you’ve shown me & my brothers over the years,” Questlove wrote.

“Rest In Peace to the legendary James Mtume,” added BET host Marc Lamont Hill. “Thank you for sharing your tremendous gifts with us for so long…”