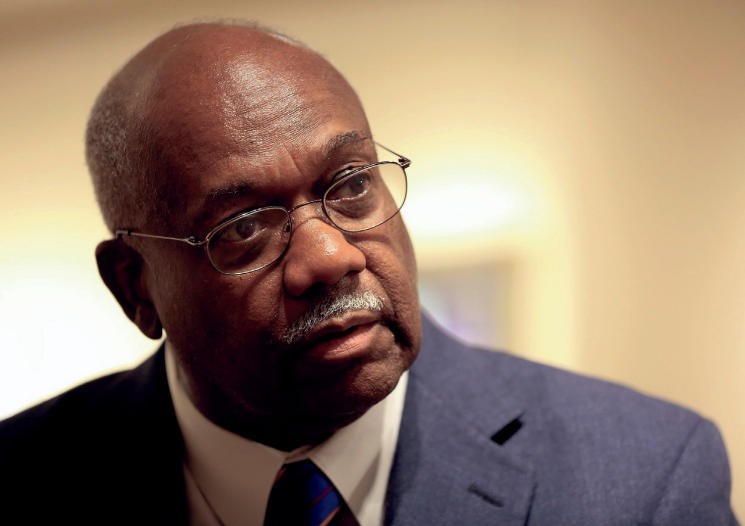 COLUMBUS, Ohio (AP) – Attorney and former state lawmaker Otto Beatty Jr., a leading figure in the fight for racial equality in Ohio, has died at 81.

His wife, U.S. Rep. Joyce Beatty, announced his death on Twitter on Friday, calling him “a devoted father, grandfather, amazing husband and confidante, friend to many, and dedicated leader in the community.” No cause of death was given.

As a lawyer, Beatty successfully used his Columbus law firm to fight discrimination and the grip whiteowned businesses held at the time on lucrative government contracts.

A Democrat, Beatty was elected to the Ohio House in 1979, spending the next 18 years advocating for minorityowned businesses and the disadvantaged, as well as for health care access and tort reform.

Beatty also served as special counsel to the Ohio attorney general, counsel to what would become the Ohio Legislative Black Caucus and chair of the Ohio Commission on Minority Health.

Ohio House Democratic Leader Emilia Sykes said Beatty made a difference in the lives of countless Ohioans. “Otto Beatty was a true public servant, someone who dedicated his life to fight for the disadvantaged and marginalized people of our state, ensuring they, too, have the opportunity to pursue their American dream right here in Ohio,” she said in a statement. Beatty and his wife, the congresswoman, whom he married in 1992, were lauded by Columbus’ King Arts Complex in 2017 as a local power couple.

A collection of historical family photographs, The Beatty Collection, went on display as the couple was honored with one of the arts and cultural center’s Legends and Legacies awards.

His grandmother, Mayme Moore, was a civil-rights activist who stood alongside the Rev. Martin Luther King Jr. and, according to Columbus’ website, a founder of the Columbus NAACP and the nation’s oldest black women’s organization, the Colored Women’s Club. He provided land for a city park named in Moore’s honor.

Beatty was born in Columbus. He received bachelor’s and master’s degrees from Howard University and a law degree from the Ohio State University, according to his Statehouse biography.

Senate Democratic Leader Kenny Yuko said, “He was always a gentleman, a friend to many and an inspiration to all.”

His father, Otto Sr., was the ﬁrst Black deputy registrar for the Ohio Bureau of Motor Vehicles and, along with his mother, Myrna, opened the Novelty Food Bar, the city’s first 24-hour family eating facility open to Black people.

Besides his wife, Beatty is survived by two children by his former wife: daughter Laurel Beatty Blunt, a judge on the 10th District Court of Appeals, and son Otto III, a Columbus attorney.