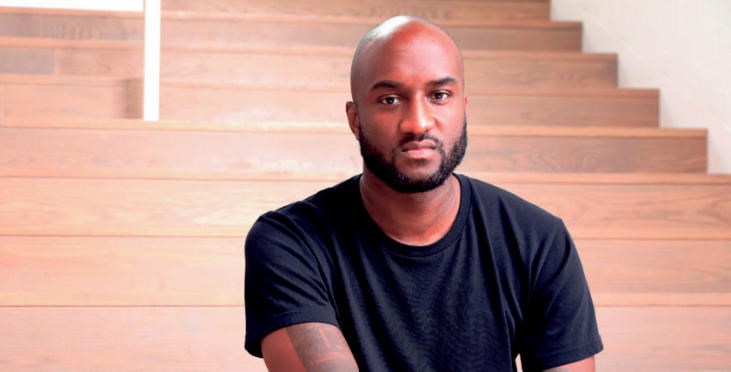 Who knew that a pair of Jordans, a Tshirt, jeans, and an attitude could influence what is considered haute couture and change the landscape of the fashion industry despite ferocious efforts to invalidate it?

The recent 2022 Spring / Summer Men’s Wear Collection of Louis Vuitton (LVMH) was incredibly special not just for the innovative ways Abloh used intersectionality congruently with luxury streetwear in the face of genderless couture, but the laudation and culmination of the creative force that was an artistic life well actualized.

Virgil Abloh died on Nov. 28, at 41, after a two-year battle with cardiac angiosarcoma.

The wave of sadness and shock that swept through many encompassed multiple areas of artistry because Abloh was more than just the artistic director of the most luxurious fashion house, and the ﬁrst African American in that unprecedented role; he was an unconventional creative whose passion for art knew no boundaries.

Growing up in Chicago to parents who immigrated to the states from Ghana, Abloh was greatly influenced by several muses: two Michaels – Jackson and Jordon – as well as the art, language and swag of Hip Hop, and the rawness of Grunge.

But to simply say that Abloh was a designer for a big fashion house and was influenced by music and art is an oversimpliﬁcation. The genius lies in recognizing the history of an artisanship, understanding the symmetry of its build, and adding the current generation’s perception and creativity to the sauce.

That is exactly what Abloh accomplished in such a short, but influential chunk of time. When asked how he arrived at such a pivotal point in his career at Vuitton on March 25, 2018, Abloh remarked, “I dreamt about it. I willed it into fruition. Thinking that it can happen and doing everything in my power to make it cross that path.”

Some would think that part of that path would begin somewhere at the top fashion schools in the country. Not in Abloh’s case.

“My parents were very invested in me going to college. My Dad wanted me to be an engineer. So, I ﬁgured that was the least I could do for the man who worked so hard to give me a good upbringing.” He would go on to receive a bachelor’s degree in civil engineering from the University of Wisconsin-Madison in 2002, and a master’s in architecture from the Illinois Institute of Technology in 2006.

While pursuing higher education was one aspect of his life, academia did not overshadow Abloh’s creative nature. Abloh’s entry into the worlds of fashion and art started as an astute consumer and arbiter of what is known as “streetwear” – a pair of Jordans, baggy jeans or pants, a T-shirt, hoodie, and a cap – designing and printing distinctive shirts and creating sculptures.

His ﬁrst design house would be Fort Home. Then in 2006, Abloh’s T-shirts would come to the attention of Kanye West. A brotherhood and partnership forged over the mutual love of music, art and fashion that would see the pair getting coffee and running errands in the halls of Fendi as interns in 2009.

“We were just happy to get a key card,” said Kanye, also known as Ye, regarding that experience. “We couldn’t ﬁgure out how to actually make the clothes, so we’d just do it in Photoshop and Virgil became the fastest photoshop artist that I have ever met in my life.”

Ye and Abloh would go on to become collaborators on numerous projects. As the creative director of Donda, a creative agency founded by Ye in 2012, Virgil immersed himself in a variety of mediums. He designed album covers for Ye, Drake, and Nicki Minaj, tour Tshirts and merchandise, opened a gallery called RSVP in Chicago, started a collective that encompassed streetwear and music called “Been Trill” with Justin Saunders and Matthew Williams, and founded his second fashion house, the social media driven Pyrex.

“A lot of people quote my career – ‘Oh you didn’t go to fashion school’ – yes, my professional career is architecture,” Abloh said in 2020. “But I went into architecture, and I make architecture in my fashion design studio.”

Some would say that the worlds of engineering and architecture have absolutely nothing in common with fashion. Abloh proved that to be a misconception. With an artisan’s complexity, passion and skill coupled with the technicality of structure, any structure be it of steel, concrete, chiffon, cotton, or satin had validity in the world of Abloh.

The structure of footwear such as the classic Air Jordans would inspire his own interpretation as Nike tapped him to re-imagine its collection in 2017 with the “Ten Ten.” This collection of classic athletic footwear upended the traditional look of Nike Air Jordan I, Air Force 1, Air Max 90, Converse Chuck Taylor and other fan favorites would see Abloh dissecting the design and form of the shoes by 3% – opening him to severe criticism regarding artistic integrity and originality – and then inserting his own colorful concept onto the end product. The original shoe is recognizable, but instead has become a wearable work of art.

Through his own fashion house, “Off White,” Abloh nurtured a formidable relationship with Nike that continued through the fall of this year. Abloh is responsible for Serena Williams’ 2018 U.S. Open Tennis Championship dress and her GQ cover of the same year. In 2019, Abloh would design an exquisite wedding gown for Hailey Baldwin Bieber with a train emblazoned with the block of words “Til Death Do Us Part.”

“The beauty and conscious decision to effortlessly transition from different canons of fashion is my freedom,” he opined in a ﬁlm he directed in preparation leading up to his Fall / Winter 2021 Men’s Wear Collection for Vuitton.

"Virgil completely changed the way I looked at street style and fashion; the way he looked at things inspired me deeply. I will never be able to fully express how grateful I am to have known him and worked with him,” Bieber would later say in tribute to Abloh.

What is conclusive is that obtaining an education in architecture and engineering did not hamper or hinder Abloh’s design aptitude or artistry. “I create fashion from an architect’s perspective,” Abloh noted in a mentoring call last year. “Fashion isn’t about the picture that’s painted. It’s about how clothing can re-enforce or destabilize prejudice.”