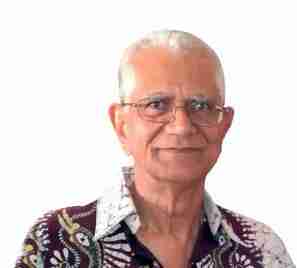 For the past 365 days, the most startling video footage has been of the violent attempt to nullify the results of the November 2020 presidential election.

One woman was shot trying to force her way into the Capitol building, ﬁve people died, including Capitol police ofﬁcers who killed themselves, and 140 of them were wounded. The FBI has so far arrested 700 people, has charged at least 150 of them and about 50 have so far been convicted in court. A bipartisan House panel is investigating the insurrection. Five months into its work, the commission had interviewed 250 people, the Associated Press reported.

Yet, only 54 percent of Americans say the insurrectionists were “mostly violent,” 19 percent said they had been “mostly peaceful” and 27 percent said they were equally peaceful and violent, the Washington Post reported, citing the ﬁndings of a poll. While 85 percent of Democrats call it an “insurrection” aimed at “trying to overthrow the government,” only 21 percent of Republicans agreed, with 56 percent describing it as “defending freedom” and 47 percent calling an act of “patriotism,” Politico reported, citing a CBS poll.

The divergent views quickly reached all the way to the nation’s lawmakers, all of whom had to be hustled to safety during the insurrection. A total of 232 House members voted to impeach Trump on a charge of inciting the attempted coup. They included South Florida Democrats Frederica Wilson, Debbie Wasserman Schultz, the late Alcee Hastings and Ted Deutch. But as many as 197, all Republicans, voted against it. They included Carlos Gimenez, Mario Diaz-Balart and Maria Elvira Salazar, The Miami Herald reported. Republican senators used their minority power to acquit Trump, just as they did with an earlier impeachment over attempted extortion of the government of Ukraine.

The Associated Press attributed this disconnect to a series of lies: the insurrectionists were not Trump supporters but FBI agents or members of the antifa anti-fascist movement; they had not really been violent; the arrestees were “political prisoners of war;” former President Donald Trump continues to insist that the insurrection was an act of “spirit and faith and love” and anyhow did not instigate it; the one person killed on the scene, Ashli Babbitt was described as an agent of Democrats – until she was made into a rightwing saint.

It all comes down to Trump. But while he owns the Republican Party, a Gallup poll on Dec. 17 found that 31 percent of Americans identiﬁed as Democrats and only 25 percent as Republicans, with 41 percent as Independents. So even if Trump gets every Republican vote in a presumed 2024 comeback bid, he will need other support. The Republicans are doing everything to make this and a 2022 midterm victory possible by seizing control of electoral procedures in several states.

Trump won 74.2 million votes in 2016, compared to 81.2 million for Joe Biden. That was a good showing by Trump, and he could have prevailed without his divisive politics but he refuses to accept the outcome and claims he won a “sacred, landslide victory” negated by cheating, a lie which his acolytes must accept as an article of political faith. The question remains, on the ﬁrst anniversary of the Jan. 6 storming of the Capitol, whether the failed coup changed anybody’s minds about a man who made 30,373 lies as president, according to a Washington Post tally. That, of course, depends on who these people are.

Apart from the blatantly racist extremist fringes, which Talia Lavin researched in detail for her book “Culture Warlords,” there are the more traditional extremists, such as the upstart Proud Boys and the more established militia groups such as the Oath Keepers. They probably cannot wait for a repeat, the bigger the better.

There are also the shameless sycophants who have no problem sacriﬁcing integrity for political patronage and stand by Trump as the only way to continue in, or enter, politics.

And then there are the Independents, as well as others whom some observers have described as the long-neglected, long-suffering antielite European American working class roused into political activism by Fox News and other rightwing media even before Trump came along who remain in thrall to a story that is false.

The fractured political landscape, with Democrats holding a razor-thin majority in Congress and President Biden and his ambitious agenda being stymied by West Virginia Democratic Sen. Joe Manchin, does not bode well for a return to normalcy any time soon. And Trump and his enablers thrive on the abnormal.

Yuval Noah Harari, a professor at the Hebrew University in Jerusalem, in his book “Home Deus,” argues that “the more sacriﬁces we make for an imaginary story, the more tenaciously we hold on to it, because we desperately want to give meaning to those sacriﬁces and to the suffering we have caused.”

Harari cites, as an example, Italy’s entry into World War One to “liberate” Trento and Trieste from the AustroHungarian Empire. In the ﬁrst battle, Italy lost 15,000 men; in the second, 40,000; in the third, 60,000; until the 12th battle, by which time 700,000 Italians were killed and a million wounded.

“The Italian politicians,” Harari argues, “could have admitted their mistake and ended the war after the ﬁrst battle but 15,000 were dead and they had to continue the farce. … The masses also went along and the upshot was Italy elected Benito Mussolini and his fascist party. The rest is history.”

Therein lies a tale for the times.