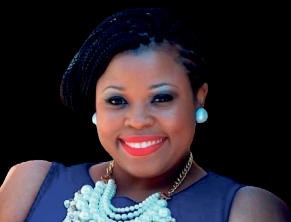 When I recently opened the 2021 Young, Gifted, & Green 40 Under 40 Awards ceremony, I was reminded of the passion, hope, and hard work from young Black and Brown activists who drive the environmental justice movement.

The event featured speeches from EPA Administrator Michael Regan and Dr. Mustafa Santiago Ali, both of whom are environmental justice champions in their own right, and their recognition of new Black, Latinx, and Indigenous voices on the environmental justice scene spoke volumes. I’m proud of the grassroots movement we launched following the examples of our ancestors, the early stewards of this land, and embracing the activism of our environmental justice elders. This month as we mark the 30th anniversary of adopting the 17 principles of environmental justice, we vow to continue not only to ﬁght climate change but to usher in a more just world by doing so.

Climate change affects us all, but its effects aren’t distributed equally. Already this year, one in three Americans has lived through an extreme weather event. The IPCC has now established that climate change is driving these extreme weather events, making them more frequent and severe, a trend that will only worsen if we do not drastically curb our carbon pollution. The federal government’s Build Back Better Act, and the Justice40 Initiative included within it, are major policy pushes toward addressing environmental injustice, and our leaders must rally behind climate action for the sake of historically marginalized Americans and our country as a whole.

Due to racism, discriminatory zoning laws, lack of resources and investment, and the systematic placement of polluting industries in communities that lack the money and political representation to ﬁght back against them, environmental injustices have persisted throughout the history of America. Black, Latinx, Indigenous, and other communities endure exposure to disproportionate rates of pollution, with people of color 1.5 times more likely to live in areas with poor air quality. This leads to higher rates of health disparities especially related to respiratory conditions like asthma and COPD.

When extreme weather events like hurricanes, wildﬁres, and heat waves occur, they hit frontline communities ﬁrst and worst. Lower-wealth families often lack the resources to get out of a hurricane’s path and rebuild if the storm causes damage to homes and communities, which have suffered. On top of this, the toxic spills linked to destructive flooding are more likely to poison Black and Brown communities because of their proximity to polluting industries.

Changing this system will take a national effort — and President Joe Biden’s Justice40 Initiative embarks on that. This initiative mandates that 40% of the beneﬁts of all climate investments be targeted towards the communities who’ve historically borne the brunt of climate change and pollution. This is a huge step towards correcting the environmental injustices of the past and ensuring all communities can have a brighter, healthier, safer clean energy future.

As founder of Black Millennials 4 Flint, which ﬁghts lead exposure in Black and Latinx communities and brings like-minded groups together for similar environmental justice initiatives, I have long worked at the intersection of public health, racism, and climate pollution — and I know to address even one of these issues, we must take on all of them.

If Congress passes the Build Back Better Act, our nation can then begin to invest in cleaning up wastewater hazards and ﬁxing our country’s water infrastructure, averting future environmental catastrophes. We can also invest in Black communities that have disproportionately been left behind in the transition to clean energy, building solar installations in lowwealth communities and cleaning up the legacies of toxic superfund sites.

Getting to the root of environmental injustices is going to be an extended process. President Biden’s Build Back Better agenda puts us on the path forward. It was created with major input from the White House Environmental Justice Advisory Council, a group of experts with on-the-ground experience ﬁghting to uplift our communities and ensure healthier and wealthier living environments exist for all.

Now, it is up to all our leaders in Washington to make sure that environmental justice measures meet the moment by going as far as they possibly can. Our communities’ needs must be at the forefront when it comes to achieving a better future through investments in jobs, climate, and justice. Our elected ofﬁcials cannot compromise when it comes to our health, livelihoods, and collective future everything hangs in the balance. We must demand that they take action now.

Next post The tragedy of Jonestown, slated for an MGM movie, holds lessons for these times