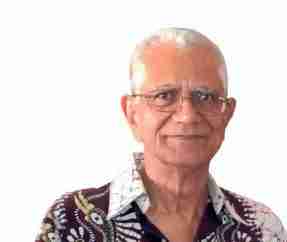 It sometimes starts simply. Someone knocks on a homeowner’s door, offers to inspect the roof and often follows up with the paperwork to ﬁle a claim. In some cases, the roof is not even checked but the homeowner is told a replacement is necessary. All that remains is to sign an “assignment of beneﬁts” or ABS form, handing over the project to the contractor. If the insurance company rejects the claim, a lawsuit is threatened or ﬁled, even without the homeowner’s consent. Faced with the possibility of hefty legal costs, the insurance company pays up.

* Insurance companies have paid $15 billion in claims since 2013, with less than 10 percent going to homeowners.

* The companies have suffered more than $1 billion in losses over the past two years.

* Since 2017, at least six companies have gone out of business and others are voluntarily leaving the state.

* Property insurance rates have tripled or quadrupled, in some cases. This has made it even more difﬁcult to own or keep a home in a market that is super overheated.

The blame is being spread around generously not just to contractors and attorneys but also to insurance companies, lawmakers compromised by hefty campaign contributions and even homeowners.

Joe Carlucci, who, with his brother Matt, owns Brightway insurance brokerage ﬁrm in Jacksonville, recently outlined the dire situation to NPR’s “On Point. “We’ve never seen just the catastrophic event like it is right now,” Carlucci said. “I mean, we’re getting hundreds of phone calls and emails about rate increases, non-renewals, companies going out of business. So it’s really just kind of a scramble to try to keep people covered. We’re seeing a lot of strict guidelines like, ‘We won’t take a roof that’s over 10 years old.’ That’s almost becoming the norm. And it used to be 20. So that’s crazy. … It’s like, hey, here’s your policy, here’s your quote that you have to have ultimately. … I would say very, very few additional companies are writing business.”

The insurance market began to change in 2016 after Hurricane Irma caused widespread damage in the state, Tolley said. Insurance companies started to deny more claims and underpay more claims, Tolley said. “Basically, Irma was a gamechanger in the state of Florida for these types of claims and, as a result, litigation obviously has to be done,” he said.

Tom Cotton, CEO of Hugh Cotton Insurance, also speaking to ClickOrlando, added homeowners to the culprits, saying that they “are treating their homeowners policy as a warranty policy for a roof.” He added, “Right now, if you have damage to a roof and it’s ﬁve years old, you get a new roof. If your roof is 25 years old and gets damaged, you get a brand-new roof.” Cotton acknowledged that there are some “bad actors” but denied that they are causing insurance companies to struggle ﬁnancially.

Though the problem has obviously been worsening in recent years, DeSantis and the Republicans, who have controlled the Legislature for the past 20 years, have failed to curb the abuse of the system, keep insurers in the state and prevent massive premium hikes. Bankrate said that a law which took effect in July 2021 contains provisions to rein in fraudulent claims, including curbing the practice of door-to-door solicitation. But Sean Harper, CEO of Kin Insurance, said “there will need to be additional action taken to restore the market to health.”

The Miami Herald reported that property insurance surfaced during the regular legislative season earlier this year but the Senate and the House could not agree on a solution. The Senate, for example, wanted to bolster private insurers, allowing new deductibles of up to two percent on roof damage claims. The House, however, balked, saying that would mean homeowners who need to replace genuinely damaged roofs would have to pay more out-of-pocket costs.

Tolley, the JT Law attorney, made it a point to state that the lead senator on the issue owns an insurance brokerage company and “has a ﬁnancial incentive to write favorable legislation for the insurance companies.” Other critics have pointed to large campaign contributions to lawmakers that tie their hands.

Another obvious reason for the lack of progress could be DeSantis and Republican legislators’ preoccupation with using state power to wage the culture war which the governor evidently is convinced will win him re-election in November and perhaps power a run for the presidency in 2024. In fact, a special session called earlier in the year dealt not with property insurance but with retaliating against The Walt Disney Company for criticizing a discriminatory LGBTQ law. The session was used also to rubber-stamp a racist redistricting map drawn up by DeSantis – which a court has already struck down.

Who knows? Perhaps state power, which has made Florida “the freest state,” can be deployed to make sense of trying to close the proverbial gate after the horse is gone.