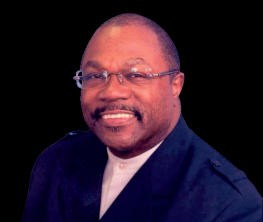 The Black pastor in America must be one of the most dangerous and threatening non-violent forces in our nation. All he or she needs to do is simply show up and sit at the back of a Georgia courtroom. An earthquake must certainly erupt if he comforts a family going through a living hell caused by the tragic death of their loved one. Attorney Kevin Gough representing (William Roddie Bryan Jr.) one of three accused murderers in the case dealing with the tragic death of Ahmaud Arbery said, “I believe that’s intimidating and its an attempt to pressure, could be consciously or unconsciously, an attempt to pressure or influence the jury. We don’t want any more Black pastors coming in here.”

At the time, Rev. Al Sharpton, at the invitation of the family, was at the back of the courtroom to comfort the mother of Ahmaud Arbery. In a trial of three white men accused of killing the Black male jogger for walking through an open and empty house, there is only one Black person on a jury of 12 people. Attorney Gough has even questioned the right of Rev. Jesse Jackson to appear at the public trial to support the family of Mr. Arbery. He suggested to Presiding Judge Timothy Walmsley, “There is no reason for these prominent icons in the civil rights movement to be here. A juror is going to be influenced by their presence in the courtroom.” If Attorney Kevin Gough believes that there are too many Black pastors in the courtroom to pray for the family of Ahmaud Arbery, shouldn’t he also be concerned that there are too many white folks on the jury seated in judgement on the murderers of Ahmaud Arbery?

Since when has it become illegal for Black pastors to be in the courtroom? As a Black pastor, I have been in court on several occasions at the request of family members and sometimes because of an interest in a particular matter of justice. I have never heard of any concerns related to white pastors being in courtrooms involving family or friends who have or have not requested their presence. It appears that for some there are leftover resentments from the infamous Dred Scott decision of 1857. Written by Chief Justice Roger B. Taney, the decision states, “People of African descent are not included and were not intended to be included under the word citizens in the constitution and can therefore claim none of the rights and privileges which that instrument for and secures to citizens of the United States.” Some folks still ain’t got the memo. African Americans have fought and died in every war of this nation. From its very beginning we’ve fought against racism from inside the armed forces just to gain the right to ﬁght. We had to ﬁght racism outside the armed forces just to be able to live. There was an Emancipation Proclamation implemented on January 1, 1863. There was a 13th Amendment of 1865 to the U. S. Constitution which banned enslavement. The 14th Amendment of 1866 ratiﬁed in 1868 made all persons born or naturalized in the United States subject to U.S. jurisdiction citizens of the U.S.

The 15th Amendment of 1869 ratiﬁed in 1870 provides for the right to vote to persons of color, regardless of race and under previous conditions of servitude. In case we fall victim of selective amnesia, let’s not forget that same right to vote was extended to all women in 1919 ratiﬁed in 1920 as the 19th Amendment to the Constitution.

In the year 2021, many are still questioning the full rights of Black folks to enjoy and beneﬁt from the same rights and privileges of their white counterparts. To the credit of Judge Timothy Walmsley, he did rule “This court is not going to single out any particular individual or groups of individuals as not being allowed into this courtroom as a member of the public. If there is a disruption, you are welcome to call that to my attention.” This is good. However, it could have served as a teaching moment if the judge had explained further the rights and privileges that all Americans enjoy, including Black pastors. The lawyers for the accused murderers need to understand this and reflect it in their appeals to the court. Calling for a mistrial because of Black pastors really means that you have missed the boat of understanding the history, the Constitution, and the rights and privileges of every American. Judge Walmsley has said, “There appears to be intentional discrimination in the Arbery jury selection with just one Black juror.” Unfortunately, the same judge has allowed this jury to be seated. It is hypocrisy of the highest order when we have witnessed white supremacists with guns on the steps of court houses around the country, toting guns inside legislative chambers, waving confederate flags, disrespecting law and order, and threatening judges and lawmakers for following the law and still never questioned as to their right to attend such public assemblies. A Black pastor armed with a bible and a prayer is viewed as a major threat in a court of law. I beg to differ.

For generations Black pastors have helped to hold the race and the community together. In many cases, they have been a part of the very cement that has kept this nation from simply exploding like a volcano over race, political neglect, and economic deprivation. They are even accused of being too conservative in the approach towards freedom and justice by some, while being too extreme in the same quest by others. The Black pastor has been a pillar of strength to families going through trauma. The pastor has been peacemaker, negotiator, prayer warrior, and freedom ﬁghter. We must say no to Attorney Kevin Gough and those who believe as he,

“Their presence is like a bunch of folks dressed like Colonel Sanders with white masks.” Black pastors are not in the army of Colonel Sanders. They are disciples serving the mission of Jesus the Christ. Black pastors wear no masks. They simply help others to bear their cross. In the words of Dr. Martin Luther King, Jr., we are still asking, “How long?” How long will prejudice blind the vision of men, darken their understanding, and drive brighteyed wisdom from her sacred throne? How long will justice be cruciﬁed, and truth bear it? However difﬁcult the moment, however frustrating the hour, it will not be long, because truth crushed to earth will rise again. How long? Not long, because no lie can live forever. How long? Not long, because you shall reap what you sow. How long? Not long, because the arc of the moral universe is long, but it bends towards justice.” Black pastors help to bend the arc of the moral universe towards ultimate justice.

Previous post The tragedy of Jonestown, slated for an MGM movie, holds lessons for these times