Blacks better off voting for Trump 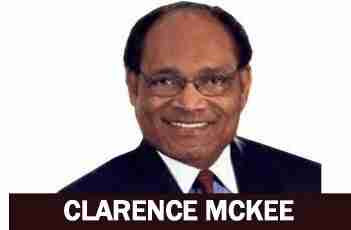 I have written often about blacks’ blind loyalty to a Democratic Party plantation system that has given them little leverage in presidential politics and has been harmful to black America — especially the poor.

That’s why I was so glad to see Donald Trump venture where no Republican presidential candidate has dared to venture to “tell it like it is” regarding the condition of urban black America; expose the “dirty little secrets” that no black or white Democrat will talk about; and that most black journalists and civil rights groups refuse to hold elected officials accountable for.

So what did Trump say that is inflaming the black and white liberal Democrat establishment and their friends in the media? He just told the truth:

And they really got upset when Trump said: “You’re living in poverty, your schools are no good, you have no jobs, 58 percent of your youth is unemployed. What the hell do you have to lose?”

Every one of these statements is true, Trump’s comments mirror what many black conservatives have been saying for decades.

Those criticizing Trump most likely don’t live in neighborhoods within earshot of gunshots day and night and don’t send their children to the inferior schools that many inner city children are forced to attend.

So, when white Republican Donald Trump exposes the subtle classism and racism of the liberal Democrat establishment, they can huff, puff, and call him and his supporters racists all they want, but they can’t deny the truth!

When was the last time we heard members of the Congressional Black Caucus who represent most of these urban terror zones, the NAACP, the National Association of Black Journalists or any black elected official in these cities raise important issues. How many black and white Democratic officials (until there are riots) have we heard calling for an end to the violence and slaughter of so many, including innocent children, in gang infested neighborhoods in Chicago, Milwaukee, Baltimore, Miami and other urban areas?

When it takes a white Republican to step up to the plate and tell the truth about the problems facing blacks in our cities, they are and should be embarrassed — all of them — black and white alike!

It’s a no-win issue for Trump.

Since they can’t attack him for telling the truth, they criticize him because he spoke to white audiences. If he had gone to a black audience, they would have criticized him for not daring to say it in front of a white audience because of fear of losing their votes.

It’s about time a white politician went be- fore a white audience and spoke about the issues of inner city America! White Democrats and Republicans have historically not done that. Trump did and for that he should be com- mended.

The only thing I would have added to Trump’s speeches would have been to commend the great success of America’s black athletes at the Olympics including Simone Biles in gymnastics; Simone Manuel, in swimming; Daryl Homer, in men’s fencing; Michelle Carter in the shot put; and so many others. This election may be black America’s last chance for relevance in presidential elections for decades. They are the only voter group that does not ask their elected officials: “What have you done for me lately.” And for that, they have paid dearly! If after Donald Trump’s unprecedented direct appeal for support by a Republican Presidential candidate, 90 to 98 percent of blacks vote for Hillary Clinton, they will get what they deserve—total, yet quiet, disrespect from both Parties.

Clarence V. McKee is president of McKee Communications, Inc., a government, political, and media relations consulting firm in Florida. He held several positions in the Reagan administration as well as in the Reagan presidential campaigns. He is a former co-owner of WTVT-TV in Tampa and former president of the Florida Association of Broadcasters. Read more of his reports.

Next post The audacity of Donald Trump calling Hillary a bigot, racist