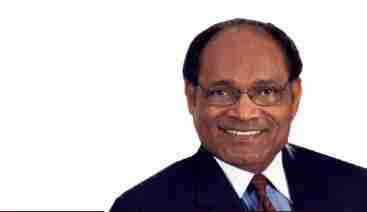 Several European countries, including Ireland, Germany, France, and England, have kept their schools open, notwithstanding strict measures to combat a second wave of the COVID 19 pandemic.

In the United States, one would think that the nation’s civil rights and Black political establishments would be at the forefront of those advocating a similar policy because of the negative impact closing schools has on children in low-income communities.

Unfortunately, they have not — even after infectious disease expert Dr. Anthony Fauci said he was is in favor of keeping schools open and getting children back to school.

They have been virtually invisible when mayors and Governors in many states, often at the behest of teachers’ unions, close public schools.

A June article in Education Week, "School Closures Always Hurt. They Hurt Even More Now," rightfully points out that schools are one of the "last social safety nets that families have left."

It states what too many politicians and union leaders have either forgotten or ignored: the school is a "portal" for crucial assistance for Black and Brown children in poverty where students can receive resources from "free meals to flu shots."

The article points out what we are rarely told by the mainstream media: that the negative impacts of school closures "fall disproportionately on high poverty areas and disadvantaged communities, further entrenching racial disparities in schools and neighborhoods."

There should be no doubt that COVID-19 induced school closures can be detrimental to student learning.

The title of a June McKinzie & Company report says it all: "COVID 19 and student learning in the United States: The hurt could last a lifetime."

The report states that learning loss will probably be most signiﬁcant among low-income, Black, and Hispanic students who are less likely to have access to "high-quality remote learning or to a conducive learning environment…"

An increase in high school dropout rates is also a possible consequence and a reduction in academic motivation caused by the cancellations of graduation ceremonies, sports, and other extracurricular activities.

The National Association for the Advancement of Colored People (NAACP) commented on the issue admitting that school closings create problems that are even more urgent than the interruption of their education since they serve as a "community nexus for food and housing."

Even if low-income students did have equal access to online learning, the results might not be that promising.

A recent report on student performance in the Washington, D.C. suburban Fairfax County Public Schools, one of the nation’s largest school districts, has provided some of the ﬁrst concrete evidence that online learning is causing a "striking drop" in student academic performance.

An internal analysis showed that the percentage of middle school and high school students earning F’s in at least two classes jumped by 83 percent between the last academic year and the current one.

The same failing pattern in remote learning appears in another D.C. suburban school district, Montgomery County, Md., a diverse system of more than 161,000 students. Black and Hispanic students from families at or near the poverty line were among the most severely affected groups.

Another reason to keep schools open is that school ofﬁcials and personnel are often able to recognize signs of child abuse.

An April statement by the Executive Director of the United National Children’s Fund (UNICEF) says that children are at "heightened risk of exploitation, violence, and abuse w hen schools are closed, social services are interrupted, and movement is restricted . . . " It goes on to say that the most common form of violence children face “takes place in the home."

Given such persuasive information, one would think that civil rights groups and Black political leaders would be among the ﬁrst and most vocal in urging state and local ofﬁcials to keep schools open because of the educational and related social beneﬁts to low-income students.

Unfortunately, too many of these organizations and politicians march to the music of teachers’ unions and the Democratic Party rather than the needs of vulnerable low-income school children.

Clarence V. McKee is president of

Next post Is there a civil war in America?