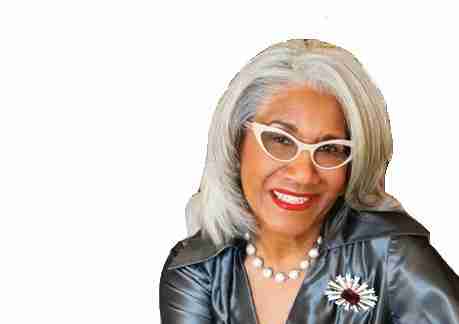 I woke up on Feb. 1, the beginning of Black (African-American) history month to the news that, once again, Historically Black Colleges and Universities, HBCUs, were threatened with bombs.

What? Our future is housed in those hallowed halls!

The bomb threats are the latest salvos in the not-so-subtle overtures to provoke a race-based response – perhaps a violent one – and they must be answered with the full force and authority of the federal government. Nothing less will sufﬁce. Period.

What do these retro-Neanderthal-like creatures expect will happen if they actually do attack these precious institutions, many with direct ties to state legislatures, and wind up killing a protected class of people?

Their ignorance aside, the notion of a race war in America is beyond the pale. Or is it?

Get thee behind me you abject beasts; you who are lower than the lowliest creatures.

Poor things. What are we to do with them?

2022 has ushered in the year of the decline of Sapiens, too many of whom continue to behave using only their base instincts, driven by the tyranny of unenlightened thought.

And how much longer will we be able to tolerate a small but growing minority’s intolerance of anything other than themselves?

I believe in the sciences, and I do not believe that I have been given any special rights over any other sentient beings.

We can take examples for being better humans from whales (who use a highly sophisticated communication system), elephants (who “bury” their dead), swans (who mate for life), or even ants (which demonstrate a system of cooperation that has been used to design some industrial manufacturing systems).

Some would argue that humans have been imbued with certain abilities that place us in a superior role (either given by a higher power, earned and/or taken by might); i.e., that we speak, reason, use our thumbs, etc.

But for how much longer?

When I look at climate change (it is real), persistent wars and conflicts, our growing reliance on Artiﬁcial Intelligence (AI), and the rapid growth of robotic technology, our role on the planet is shrinking

We will become extinct in our current manifestation!

And I don’t think that is necessarily a bad thing. In fact, I’m ready for the last remnants of Neanderthal-like man, i.e., those who continue to resort to violence, extolling the virtues of owning assault weapons, or waging war against other nations, or who spew hate against all strangers and newcomers, who enact draconian laws to hold onto a slim margin of power, who accumulate wealth beyond their ability to spend it all, who keep women and other minorities suppressed, and, who believe they will always be on top- and in charge, to go away!

That seed must dry up!

And it is drying up. For instance, demographic projections to 2050 and beyond have predicted that most humans born in the USA will be people of colorrendering the present-day dominant group to a much smaller proportion.

The fate of the current ruling majority is clear. It’s just a matter of time. Is that what keeps some of them so angry?

In the meantime, what should people of color do?

Keep evolving into even more superlative humans. The sports fields are already dominated by us, but we are also taking prizes across all fields in academia, in chess, spelling bees, etc. Be smart, and look at how to incorporate the new sciences.

Afrofuturism should not simply emulate the existing model for promoting human superiority. It must incorporate other living entities found on earth, including plants, as well as animals.

What’s next? It is no surprise that pigs are being cultivated to harvest organs and tissues to support mankind’s existence. The future is foretold: Hybrid Sapiens will become a combination of intelligent life with Artificial Intelligence (robotics) and animal-grown replacement parts. That’s happening now.

Can there be any room for crass racism in that scenario?

Threatening to bomb HBCUs? You are on a fool’s errand to blow up your own future.

Recent news stories indicate that the perpetrators of the bomb threats may turn out to be six “tech-savvy” minors.

My recommendation for their punishment: Deny their rights (and abilities) to spawn.