Defending a democracy in flames 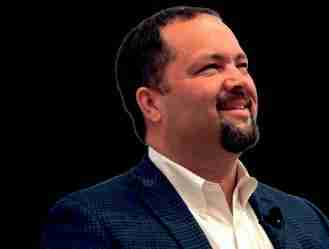 I woke up this morning with my mind stayed on freedom. And how we can preserve it.

Our freedom is threatened. We all need to be paying attention and preparing to take action this year.

I can just hear people saying, “Ben, the last thing I want to think about right now is politics.” Well, let’s think bigger than that. Let’s think about freedom.

All year long, the freedom to vote has been under attack in dozens of states. In 2020, many states made voting more accessible in response to the COVID-19 pandemic. That was a good thing. We had record voter participation in 2020. But because millions of those voters rejected former President Donald Trump, Republican legislators are rolling back access to the ballot box and imposing new restrictions on voting. And sad to say, new voter suppression laws are not the only threat to our freedom.

Donald Trump’s henchmen have some other schemes up their sleeve. They’re getting themselves in positions to oversee elections at the local and state levels. They’re creating ways for legislators and election ofﬁcials to count the votes they want to— and ignore the ones they disagree with.

To combat this onslaught of voter suppression and election subversion measures, Congress and the White House need to get new federal voting rights laws passed, signed, and put into effect before next year’s elections.

And that’s not all.

In the year since the violent attempt to stop Congress from certifying President Joe Biden’s victory in the presidential election. Trump and his allies have done everything possible to deny what happened. But the truth is coming out anyway.

We can be grateful for good investigative reporting. And thankful for the determination of Speaker of the House Nancy Pelosi and the bipartisan House committee that is investigating the Jan. 6 insurrection.

We now know that multiple lawyers working for Trump helped him pressure former Vice President Mike Pence to block congressional certiﬁcation of Biden’s win. We know that a PowerPoint presentation circulated among Trump’s inner circle claiming that the election was compromised by foreign powers and that Trump could declare a national security emergency to stay in power. It has been reported that the author of that memo, a retired army colonel, met with former White House Chief of Staff Mark Meadows multiple times after the election. Republican members of Congress were briefed on the claims on the eve of the insurrection.

Given that so many of Trump’s allies were willing to ignore the Constitution and overturn the will of the voters, it’s not exactly surprising that they are also willing to defy legal efforts to get at the truth.

One after another of Trump’s political strategists and former aides have been stonewalling the Jan. 6 committee. Meadows and right-wing political operative Steve Bannon have simply refused to comply with legal subpoenas to testify and now face charges of criminal contempt of Congress.

Here is the brutal bottom line: Trump has never accepted his loss. He and his allies are showing us that they are more committed to getting and keeping power in their hands than they are to accepting the will of the voters. They are ready to sacriﬁce democracy on the altar of right-wing authoritarianism.

That is not a pleasant thought at any time. We don’t have the luxury of looking away. We have to face these threats and what it will take from all of us to defeat them in the months and years ahead.

In this season of gift-giving, think of the time and energy you spend defending democracy as a gift to your family and friends – a future of freedom.

Ben Jealous, president of People For the American Way, has decades of experience as a leader, coalition builder, campaigner for social justice and seasoned nonproﬁt executive.

Next post Rx resolutions: 6 ways to improve your health in 2022