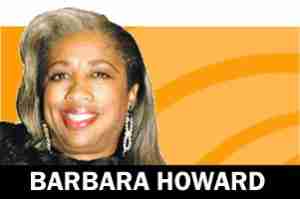 Every time I hear liberals talk about republicans, I want to just scream! They want to make voters, especially blacks, shun republicans like they shun Ebola. Their efforts are so full of lies, slurs and half-truths and border on slander and libel. And if republicans had any backbones, I think they could sue the entire Democratic Party for defamation of character.

Let’s start with Debbie Wasserman Schultz, the Democratic National Committee (DNC) chairwoman. Seems every other week, she puts her liberal foot in her nasty hateful mouth. The latest slur came on Sunday, October 26th, as she spoke on CNN’s “State of the Union,” with host Candy Crowley and Republican National Committee (RNC) chairman Reince Priebus.

Schultz continues her regular smears of republicans, by stating that Republicans were scarier than ISIS and Ebola. But Candy Crowley began the libelous smear and Schultz just confirmed it.

That wasn’t all. As Schultz continued to defame republicans, she was rude to RNC Chairman Reince Priebus, chastising him several times. He should have smacked her.

Debbie Wasserman Schultz has become infamous for uttering ugly and false statements about republicans. For example, she accused Republican Governor Scott Walker of wanting to “give women the back of his hand” and President George W. Bush of “hypocrisy.”

But she, as most of the liberals, tries to scare black voters into hating republicans by accusing them of being racists. Once, on the Roland Martin show, she accused them of wanting to “drag us all the way back to Jim Crow laws.” What she forgot to tell the audience is that it was the democrats who instituted Jim Crow laws as well as created the Klu Klux Klan.

But it was Vice President Joe Biden who told a mostly black audience in Virginia in 2012 that Republicans were going “to put y’all back in chains.” Again, it was the democrats who put black folk in chains.

The most egregious slanderers are President Barack Hussein Obama himself, his “advisor on civil rights” Al Sharpton and Senate Majority Leader Harry Reid, who Pat Gray, co-host on the nationally syndicated Glenn Beck radio show, calls “the worst living person on the planet” because of the horrible and slanderous comments he’s made about republicans.

Obama calls the republicans in Congress out every day and you just have to watch Al Sharpton on MSNBC or listen to his radio show to hear some of the worse half-truths you can think of.

Ask any liberal black about republicans and they will tell you that “republicans are racists.” But ask them to give you an example, they can’t.

Whenever I’ve told people I’m a republican, the first thing out of their mouths (even black preachers and so-called Christians) is “I hate republicans.”

The closer we get to the 2014 mid-term election, the more hateful the rhetoric is. And the issue of voter ID is ridiculous. liberals swear that republicans passed voter ID legislation just to deny blacks and other minorities their right to vote. And they repeat that nonsense without even blinking an eye.

You need a picture ID to drive a car, get auto insurance, apply for Social Security, get welfare and food assistance, buy cigarettes or alcohol if you look underage, get a passport, buy an airline ticket, get aboard a cruise ship, etc., etc., etc.

And if you don’t have a picture ID, it only costs $15, $20 or $25 to get one and you can get it in a day. So what is the big deal about getting an ID? But liberals scream that these racist republicans passed legislation demanding voters show a picture ID to vote and that discriminates against blacks, minorities and the elderly. What – are you serious????

So I ask again, “who doesn’t have a picture ID?” But the bigger question is, “why do black folk allow themselves to continually be manipulated by lies and half-truths to keep democrats in power?” Liberals have a war against republicans and black folk are their “boots on the ground.”

And what do they get for it? Absolutely nothing. Well, Al Sharpton, Jesse Jackson and the NAACP get paid. But nobody else does.

So black folk need to reconsider why they are registered democrats. Too many people died for the right to vote. And guess who caused them to lose their lives? Democrats!