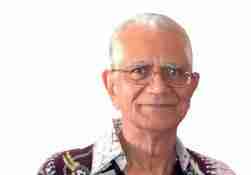 While most Americans have been scrambling to ﬁnd toilet paper and groceries and state and local governments plead for protective gear for health workers and ventilators for the sick, many others have been chasing after another item deemed essential in a world being plunged into chaos by the new coronavirus and the disease it causes, COVID-19.

The FBI conducted more than 2.4 million ﬁrearms background checks during March alone, an 80 percent increase over March last year, 1.2 million in one week and 210,308 on March 20 alone, The Guardian reported. This in a country where civilians already own nearly 400 million guns or 46 percent of total global ﬁrearms ownership.

This was taking place as the federal government was about to announce that 10 million Americans ﬁled for unemployment compensation, long lines have been forming for food handouts, Congress was passing a $2 trillion “rescue” package and public health workers and ﬁrst responders were being infected and dying from lack of even simple items such as masks.

The rush for guns should not be surprising. By the end of March, more than 200 million Americans were staying at home to help keep the deaths to 100,000. President Donald Trump was sending mixed messages to a stressed-out nation cooped up at home for weeks and worried about becoming infected and massive job loss. Those making a run on guns obviously believe that law and order will break down. Rather than trying harder to allay such fears, the federal government and some local leaders, including Florida Governor Ron DeSantis, have explicitly exempted ﬁrearms and ammunition ﬁrms from their lists of businesses required to be closed.

Growing pessimism over the future is being fueled by doomsday prophets once again seeing signs of the “end days.” While millions of people have been hoarding guns, The Guardian reported, some “pandemic prophets” have been urging, “If you don’t have a Bible, buy one!”

Despite public health warnings to limit gatherings to 10, some pastors have been holding services attended by several hundred. Police arrested the Rev. Rodney Howard-Browne, pastor of the River at Tampa Bay Church in Hillsborough County, for twice defying the ban on large gatherings probably seeking comfort in their faith. But a ﬁve-day prayer meeting at Christian Open Door in Mulhouse in France became what a health ofﬁcial called “a kind of atomic bomb that went off…,” The Washington Post reported. A member of the 2,500strong congregation was infected with the coronavirus, producing “one of Europe’s largest regional clusters of infections, which then quickly spread across the country and eventually overseas.” Still, several states, including Florida, exempt church gatherings from their stayat-home orders.

In another angle to this plague, which, some experts predict could kill two percent of the world’s population – probably 150 million human beings – some see it as a good happening. Newsweek reported that, “to neo-Nazis, white supremacists and other extremist groups,” the pandemic is “an opportunity to sow their ideology and accelerate efforts to collapse societies and governments.” Al Jazeera called attention to the “accelerationists” — violent neo-Nazis who want civilization to collapse and are hoping that COVID-19 will do it. “The situation is ripe for exploitation by the far right,” Cynthia Miller-Idriss, American University sociologist and expert on the far-right, told Al Jazeera.

The Islamic State (ISIS) and Al Qaida regard the virus as a threat but some of their ﬁghters see “the upheaval from the pandemic as an opportunity to win over more supporters and strike harder than before,” The Associated Press reported. One thing for sure, as New York’s governor Andrew Cuomo said, “I don’t think we get back to normal. I think we get to a new normal.” There are those who know what they want that “new normal” to be.

“I will never not let my mum hold my hand again, no matter where we are,” Josephine Tovey, a Guardian Australia associate news editor wrote. “I will let my toddler niece use me as a human climbing gym and I look forward to nibbling on the fat little legs of her new sibling. If everyone I love makes it through this, I want to put my arms around them all. We’ll need it.”

Indeed, the virus is a reminder that, now more than ever, as a Gregorian chant from the 1300s says, “In the midst of life we are in death.” But there are some circumstances when the going away is especially painful. Once the virus sickens a loved one, there is a chance that there will not be time for a ﬁnal goodbye. Tovey wrote about the day after but it is not a bad idea to be ready for the days before, to make sure that every moment spent during this time of crisis is spent well, not collecting guns or daring the virus to enter the church or gloating about the devastation to health and the economy but to make fresh memories, to treat every day as if it is the last that will be spent with loved ones. Because it just may be.