Many Americans believe the search was unconstitutional 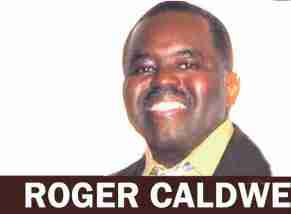 The week of 8-13-2022 was extremely difficult for Ex-President Donald Trump, and many Americans think it was unconstitutional to search a president’s home. According to MSNBC, 41% of Americans believe that the Attorney General Merrick Garland has overstepped his authority and power.

Everyone in America has an opinion, and many on the right are ready to use their guns. Everywhere you look on the internet, the Trump supporters (MAGAs) are angry and upset, and violence is a solution to many. On Tuesday a Trump supporter shot a nail gun in Cincinnati’s FBI Office, and was eventually killed by the FBI.

To many on the right, they are calling for a civil war, even though the entire idea makes no sense. The President was wrong for removing classified documents from the White House, now some Americans want a civil war. Nothing has changed with the president, because he never told the truth when he was the president.

There is something wrong with Americans when 41% believe the expresident is now telling the truth, and you can trust his statements and word. The attorney general tried to work with Trump for a year and a half, and now it was time to get serious with a warrant.

“You use a search warrant, and not a subpoena, when you don’t believe that the person is actually going to comply,” says Andrew Weissmann-A former FBI general counsel.

“For me, the biggest takeaway is that the attorney general of the United States had to make the determination that it was appropriate in this situation to proceed by search warrant because they could not be confident that the former president of the United States would comply with a grandjury subpoena,” he added.

Everything started on Monday, when the FBI (a small army 40 or more agents) executed a search warrant at the Ex-President Trump’s home, which lasted for 12 hours. This raid sent shockwaves through the media, Washington D.C., and it appears to be a very active criminal case against the ex-president.

On Tuesday, a court ruled Congress can see the ex-president’s taxes, and everyone is wondering, what Trump has been hiding. The next day on Wednesday, the ex-president pleaded the Fifth Amendment for 6 hours. New York Attorney general Tish James is investigating the Trump Organization, and it appears there is financial fraud and violated tax, insurance, and banking laws.

Trump’s lawyers are starting to worry about the former president’s legal exposure to the riot on January 6th. Several high-ranking White House officials were subpoenaed by the grand juries and the January 6th investigation is still trying to make a connection to the Capitol riot and Trump.

With all the different investigations with the ex-president, it does not appear the Teflon president will be able to walk free with all these legal problems. A search warrant of his home was historic, and included probable cause suggesting Trump violated other laws, such as obstruction, insurrection, sedition, and more.

The immediate release of Trump’s taxes also comes as he and his family members sit for depositions as part of New York’s attorney general investigation. The Justice Department appears to be putting pressure on Trump and his issues with the January 6th investigation. It would appear difficult for the ex-president to get a good sleep each night.

“Look, we pursue justice without fear or favor. We intend to hold everyone, anyone who was criminally responsible for the events surrounding January 6, for any attempt to interfere with the lawful transfer of power from one administration to another, accountable, that’s what we do,” says Attorney General Merrick Garland.