NAACP opposes the selection of Brett Kavanaugh to US Supreme Court 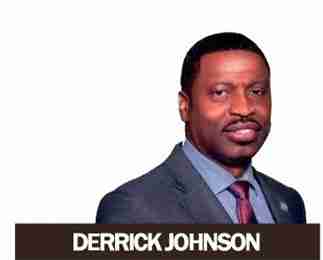 BALTIMORE – NAACP, the nation’s foremost civil rights organization, issued the following statement regarding the nomination of Brett Kavanaugh to be Associate Justice of the Supreme Court:

150 years after its passage, our nation still struggles to realize the promise of equality under the Fourteenth Amendment. The next appointment to the Supreme Court is pivotal to that struggle.

The rights of African Americans to fully participate in democracy and in every facet of social and economic life, on an equal basis, lie in the balance. The next Supreme Court justice will play an outsized role in determining whether African Americans move forward in our journey toward achieving full equality, whether we simply tread water for the next three decades, or whether we slide backward toward our former status as second-class citizens.

This nomination occurs at a time unlike any other, and it should be considered by a Senate elected by the American people in November. We have a president whose statements and policies are rooted in racism. We have an administration reversing civil and human rights at every turn. We have one justice and dozens of judges appointed because of their proven hostility to civil rights. We have a criminal investigation into the presidency itself. We have radical outside groups pre-selecting nominees to the Court. Nothing about this nomination is ordinary, and nothing about this confirmation is ordinary. These are extraordinary times requiring extraordinary ideologue whose extreme views on civil rights would solidify a far right majority on the Supreme Court. Coming after Neil Gorsuch’s appointment, a Kavanaugh confirmation would re-make the Court in President Trump’s own image. This prospect is unacceptable to the American people, and the NAACP is ready to lead the fight of a generation.

The NAACP knows Judge Kavanaugh well. We opposed his confirmation to the D.C. Circuit for good reason.

In his 12 years on the bench, he has proven us correct. He has been a strong and consistent voice for the wealthy and the powerful.

Over and over again, he has ruled against civil rights, workers’ rights, consumer rights, and women’s rights.

With a Justice Kavanaugh on the Supreme Court, we could see reversals of hard-won gains securing equal opportunity in education, employment and housing. We could see further exclusion of communities of color from participation in our democracy. We could see racism continue to flourish within the criminal justice system. We could see the elimination of effective tools for proving discrimination. We could see the overturning of Roe v. Wade and the guarantee to accessible health care for millions.

The NAACP has understood the importance of fair-minded justices since 1930 when we helped defeat a Herbert Hoover nominee to the Supreme Court, John Parker. We will fight this Trump nomination with everything we’ve got. Our state conferences, branches and units are fully engaged to tell their Senators that our civil rights hang in the balance and that Kavanaugh must be defeated.

To each and every Senator, we say: This is THE civil rights vote of your career. We will be watching closely.