On guns, where do we go from here? 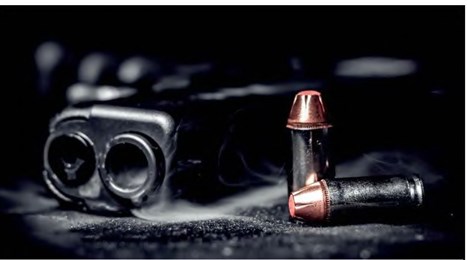 Like you, I watched in shock as news unfolded of last weekend’s mass shooting in El Paso – the 250th so far this year.

Like you, I reacted in disgust as we learned that the shooter was a white supremacist whose racist manifesto informed a 10-hour drive to murder Latino people.

Like you, I awoke in horror as a new day dawned to find nine dead in Dayton in the 251st mass shooting of 2019.

As you read this, the pattern is playing out again, just as it has for years.

Shock. Horror. Thoughts. Prayers. Repeat. Where do we go from here?

Few issues incite more bitter division than guns in America. In few debates are our partisan differences on fuller display than over our constitutional right to bear arms – including those capable of mass murder in a matter of moments.

We are Democrats. We are Republicans. We are Floridians. We are Americans. And despite our differences, here is the truth.

No one wants this kind of violence darkening their doorstep. No elected official wants this happening in their community, to their constituents. Hardened NRA devotees and fervent anti-gun activists alike – no one wants this bloodshed rocking their hometown.

Every time this happens, serious people on both sides of the aisle and the argument pledge to heed their better angels, take action, and seek transformative change. Repeat.

Where do we go from here? 109 years ago, Teddy Roosevelt reminded us that “it is not the critic who counts…the credit belongs to the man who is actually in the arena.”

I intend not only to be a critic, but also a woman in the arena – because the stakes for our state, our republic, and our lives cannot be higher.

As Florida’s Commissioner of Agriculture, I’m committed to doing everything within my purview to make a difference.

When we inherited the state’s concealed weapons licensing program, it was plagued with problems and in desperate need of accountability. In the months since, we’ve made it more efficient – while ensuring that every single person who applies to carry concealed weapons gets the complete background check the law requires.

Where do we go from here?

I’ve called on the Governor and Attorney General to drop the unnecessary appeal that prevents local communities deciding for themselves what gun violence prevention measures best reflect their values.

I’ve been clear that people deserve to STOCK PHOTO make their voice heard on assault-style weapons in our Constitution, without their right to cast their vote being infringed.

And in the weeks ahead, I’ve directed my staff to further review the concealed weapons licensing process, and identify potential areas in which we can increase accountability, competency, and public safety, while respecting statutory and constitutional rights.

But here’s another truth: this problem is bigger than any one person. So are the solutions.

That’s why I applaud Senate President Galvano for starting a proactive approach to find real solutions to gun violence. I’m grateful Republican state lawmakers are willing to step into the arena alongside Democrats on this issue. I hope Congress and the President will do the same. And while we consider what we can do in our department, we will be watching to ensure discussion progresses into action.

Like you, I believe in our right to self-defense – I’m a gun owner and concealed weapons license holder.

Like you, I believe in our right to live free from gun violence – the collective fear becoming our new normal in malls, movie theaters, places of worship, and public spaces is unacceptable.

Like you, I believe that time is up for empty talk, for thoughts and prayers, for rhetoric and rancor, for partisan divide in which nothing changes.

I intend to be a woman in the arena. I know there will be others with me. As Roosevelt also said, our faces will be marred by dust and sweat, we will spend ourselves in a worthy cause – and if we fail, we at least fail by daring greatly.

And where we go from here is towards the worthiest of causes – common-sense, bipartisan solutions that honor the lives lost by the inaction of the past.

Next post We need a massive national program to counter hate

Previous post There is something uncivilized about living in America