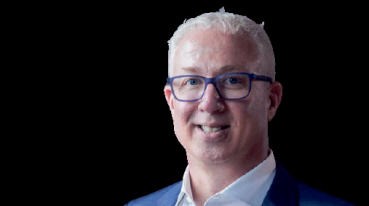 COVID-19 has resulted in several imprudent trade policies. Since the onset of the pandemic, ill-advised import barriers and export restrictions on medical supplies and food have largely dominated the conversation.

But the recent policy proposal put forth by India and South Africa could prove even more dangerous. The written proposal, sent to the World Trade Organization (WTO), requested that critical intellectual property protections be waived until the pandemic ends.

Such a move threatens to derail progress towards developing therapies that could stop COVID-19 in its tracks. That’s precisely why the United States and the European Union are pushing back.

As the EU explained in response to the proposal, there is simply no evidence that intellectual property is getting in the way of ﬁghting COVID-19. Quite the opposite, actually — it’s proven to be a lifesaver.

A host of drugs under patent protection have been "re-purposed" for COVID-19. Gilead’s remdesivir, which was initially tested to treat Ebola in 2015, particularly stands out in this regard. The treatment showed promise in the early stages of the pandemic, secured emergency authorization from the FDA in May 2020, and received full FDA approval in October 2020.

Facing a time crunch against COVID-19, re-purposing these medicines has helped bypass the typically expensive and arduous process of drug development. New drugs cost approximately two billion dollars and take 10 to 15 years to bring to market. If remdesivir had not been brought to market under patent years ago, it would not have been available to patients right now.

But even once a drug under patent makes it to market, it’s still at risk of falling victim to price controls.

Japan’s approach to pricing of medicines is a prime example of this dynamic. The country relies on a "Health Technology Assessment" (HTA) regime to calculate the expected beneﬁts of new medicines. Japan uses the HTA to underprice innovative treatments, many of which come from the United States.

This valuation scheme leaves U.S. biopharmaceutical ﬁrms in a bind. They can either sell innovative therapies at cut-rate prices or opt to not market them in Japan altogether. Either way, this drop in, or absence of, revenue impedes ﬁrms’ ability to invest in the development of cuttingedge medicines that patients around the world depend on.

Phase one of the U.S.-Japan trade deal failed to tackle these unfair practices. And only time will tell whether or not a Biden administration will help rectify them during phase two negotiations.

Unfortunately, Japan is hardly alone in its embrace of government price controls. The United Kingdom employs a politicized valuation process to determine which new drugs it will offer patients. Its government-run healthcare system — the National Health Service (NHS) — systematically blocks the sale, and coverage of, the latest medicines.

Any future U.S.-UK trade deal would prove a success if it required the NHS to implement a market-based drugpricing plan that doesn’t undermine American innovation. The recent USKorea trade deal provides a baseline model for such an agreement. Though Korea’s adherence leaves much to be desired, leaders certainly deserve credit for taking this step in the right direction to appropriately valuing the hard-fought efforts of drug innovators.

To combat COVID-19, the global economy needs more — not fewer -intellectual property protections. And within countries, prices need to reflect the workings of markets, not politics.

Diplomacy at the Walsh School of Foreign Service, Georgetown University, a nonresident senior fellow at the Atlantic Council, and host of the podcast TradeCraft.

Previous post It’s not only viruses that cause epidemics