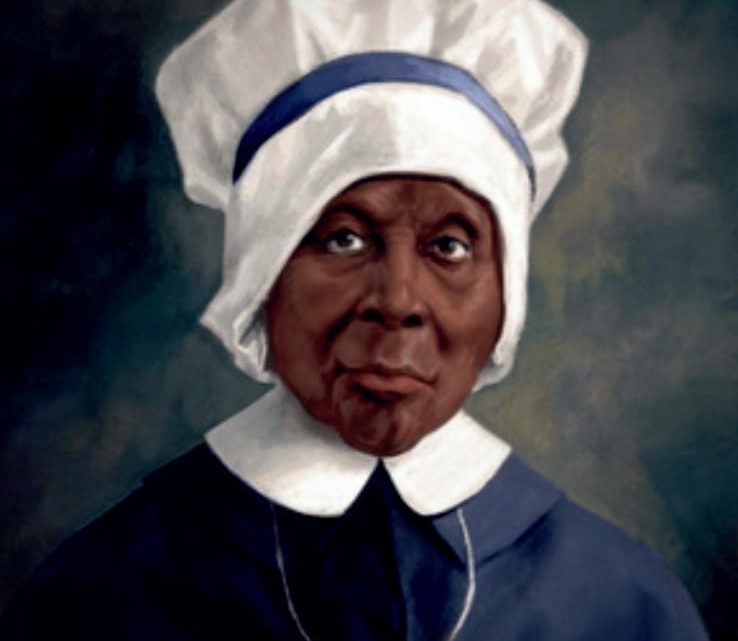 Baltimore (AP) – The ﬁrst new Catholic school built in Baltimore in roughly 60 years opened its doors Monday to hundreds of youngsters, who entered the gleaming new building with a mix of enthusiasm and ﬁrst day-back jitters.

“Do great, my children!” called Jason Engram as his three children stepped into Mother Mary Lange Catholic School, a state-of-the-art school located on the site where a notoriously rough public housing high-rise once stood.

In a U.S. city steeped in Catholicism like few others, the new 65,000square-foot (6,000-square meter) building near downtown Baltimore is somewhat of an anomaly in the national education landscape as the COVID-19 pandemic has contributed to the shuttering of many Catholic schools.

It’s named after Mother Mary Elizabeth Lange, a Haitian American who started a Catholic school for Black children in 1828 – the ﬁrst U.S. Catholic school for African American youth. She co-founded the Oblate Sisters of Providence in Baltimore in 1829. The Vatican is reviewing Lange for possible canonization.

Archbishop of Baltimore William E. Lori said the new school, which goes from preschool to 8th grade, was not only a beneﬁt to the students and their families but also an asset to the surrounding neighborhood. The school’s playing ﬁelds and gym will be accessible, as appropriate, to the city community.

“They say a rising tide lifts all boats. And I think the opening of this school has put a spring in the step of all of our Catholic educators,” Lori said in a phone interview.

It comes amid a particularly challenging time for Catholic schools in the U.S. At the end of the 2019-2020 school year, ﬁnancial and enrollment problems aggravated by the COVID-19 pandemic forced the permanent closure or consolidation of more than 200 Catholic schools, according to the National Catholic Educational Association. Elementary schools were hit particularly hard.

The National Catholic Educational Association has reported that enrollment in Catholic schools across the country dropped 6.4% last year from the previous school year – the biggest single-year decline in nearly 50 years.

This autumn, there could be more positive ﬁgures to report, association leaders stressed on Monday. Various Catholic schools around the country have reported increased enrollment numbers.

Engram and his wife, Devon, both employees at the University of Maryland complex across the street from Mother Mary Lange, said they switched to Catholic education for their children after a negative experience years ago in a Baltimore public school, which she described as a “dark and gloomy” place. The Black family is Baptist and say they value faith-based learning.

The majority of the mostly non-Catholic student population at the new Baltimore school is expected to qualify for tuition assistance from the archdiocese, which says it will make more than $1 million available in tuition grants and assistance. It has a projected enrollment of 520 students by the fourth year of operations. Regular tuition is around $6,000.

The new school with a chemistry lab and other resources is a source of pride for many parishioners in Baltimore, which in the early 1800s was a Catholic hub described as “the Rome of the United States.”

Few were more excited about the new school than David Guillen, a thirdgrader who lives less than a mile away from Mother Mary Lange and was very eager to start his academic year with in-person instruction. “It’s big and really nice. I am kind of still in shock at how big and nice it is,” he said.

Besides Mother Mary Lange’s achievements, Baltimore has a number of ﬁrsts when it comes to U.S. Catholicism. There are older Catholic churches in the country, but Baltimore is home to the nation’s ﬁrst bishop, ﬁrst cathedral, ﬁrst diocese and ﬁrst archdiocese. And Elizabeth Ann Seton, America’s ﬁrst native saint, began her religious life in Baltimore, where she founded the nation’s ﬁrst parochial school.