Cardiologist says love is more than a matter of the heart 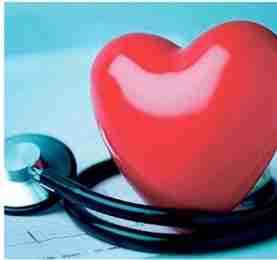 BALTIMORE (AP)- Dr. Armin Zadeh was well established in his career as a cardiologist and professor at Johns Hopkins when he and his wife, Denise, received news that shook their high-achieving lives.

The baby Denise was carrying – their third child – would be born with Down syndrome.

Zadeh’s first reaction, he regretfully admits, was disappointment: He knew he’d probably never be able to share with his son the kind of intellectual back-and-forth he loves.

Then the physician stepped back to glimpse a bigger picture.

“It took me a while to realize that I was being selfish to worry about my unfulfilled expectations, instead of asking what the diagnosis would mean for (his son’s) life,” Zadeh writes in his new book, “The Forgotten Art of Love: What Love Means and Why It Matters,” published in December.

“Since (it) was not associated with any impairment to giving or receiving love, my initial response of sadness was unjustified.” It is exactly this kind of inner conflict – the tension we feel between what we want for ourselves and the viewpoints of others that lies at the heart of Zadeh’s book, a general-interest exploration of love that took ten years to write.

The core message is that love is not simply a magical feeling that befalls us from time to time, but a positive force we can summon through the intellect. Some say it could not be more timely.

Dr. Peter V. Rabins, a professor of psychiatry at Johns Hopkins and the University of Maryland, Baltimore County, is the author of “The Why of Things,” a 2013 exploration of causality in science and in life.

“In this age of hookup apps, and with all the stuff about sexual harassment that has come out in the last month or so, I’ve been thinking there’s so little discussion about love itself,” Rabins says. “It’s brave of (Zadeh) to take it on because it’s a big topic. I think it’s a modern, enlightening, very accessible read coming from a medical doctor.”

It might also prove helpful, Rabins adds, given the hostility of our current political discourse.

“The fact that people are so passionate about politics tells us that it’s important, but that can also take away from our recognition that love is also crucial,” he says. “Love isn’t all you need, as the Beatles said, but it’s an important part of life that should balance these other factors.”

Zadeh, 52, says the very notion of a busy physician writing a general-interest book, let alone one on such an elusive topic, is so unusual that he’s not sure how his Hopkins colleagues will react when they first see the final product, other than to wonder how he found the time.

He wrote it, he says, a page or so at a time, during stolen moments over the past decade.

Zadeh downplays the notion that being a cardiologist gives him an inside perspective on matters of the heart, other than to say that scientists have indeed found ties among depression, mental health and heart disease.

But his family background, innate curiosity and passion for scientific inquiry drove the project.

But during the past 10 to 15 years, as scientists developed and refined techniques for mapping emotions in the brain, Zadeh decided it was time to write the book he’d been thinking about for so long.

“Forgotten Art” reinforces Fromm’s central point, but examines love from a range of perspectives. Zadeh draws on pop and academic psychology, history, religion, philosophy, literature, neuroscience and even endocrinology to tackle the big questions: Do romantic attraction and love differ? Are there different kinds of love, and if so, what do they have in common? Is love a skill that can be taught?

Because love is an art – a conscious surrender of our own self-serving motivations in the service of others – we can apply it whenever we choose, Zadeh argues.

“The disconnect in communication we’re experiencing, the distance between family members and friends over politics – no matter what side of the political spectrum you’re on, it’s painful,” Stabile says. “But if someone you know posts something on Facebook that enrages you, are you going to respond in kind, or are you going to take ten seconds to cool down and remember that this is a human being on the other side of the dialogue?

In any case, he says, it didn’t take him long to see how perfectly his views on love applied in the case of his son, Luca, now 10.

Luca still struggles with intellectual disabilities, his father says, but impresses nearly everyone he meets with his loving nature, good cheer, and concern for others.

“Those are qualities we should all have,” Zadeh says, “if we want to have happy lives.”