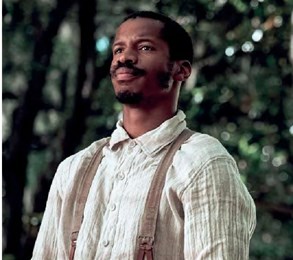 BOYKINS, Va. (AP) – Kids grow up in rural Southampton County hearing that the mist creeping across the fields might be something unearthly. Old folks warn them not to sneak into abandoned houses, where rotting floors and walls are said to be stained with blood.

This is a haunted landscape.

Nearly 188 years ago, the self-styled preacher Nat Turner led fellow slaves from farm to farm in Southampton County, killing almost every white person they could find. Scores of blacks were murdered in reprisals throughout the South.

The legacy of the biggest slave revolt in U.S. history still hangs over the sandy soil and blackwater cypress swamps of this county along the North Carolina line, but the physical traces of the event are vanishing.

“A lot of the sites that tell the story have been destroyed,” said Cassandra NewbyAlexander, a historian at Norfolk State University. In Southampton and elsewhere, she said, neglect and denial have “tended to obliterate the presence of African Americans … as well as eliminating our history of slavery.”

History is Virginia’s biggest cash crop. It drives tourism, sets identity. Until recently, Virginia’s celebration of its grand past glossed over the stain of slavery that marks every statue, parchment and Flemish bond facade.

That’s changing: This year, the state commemorates the 400th anniversary of the first documented Africans being brought to the English colony. Thomas Jefferson’s Monticello presents detailed narratives of enslaved life. A museum that will include the perspective of the enslaved on the Civil War is opening in Richmond.

But around the state, tangible reminders of slave history remain unmarked. The landmarks are deteriorating, their significance preserved mainly in memories and stories.

Petersburg’s 1854 Southside Depot, for instance, is one of the few preCivil War train stations in the South, where the enslaved were both workers and cargo. It sits empty.

Scholars are racing to identify slave cabins across Virginia before they disappear. In Richmond, leaders squabble over how to mark the site of the notorious Lumpkin’s Jail, a slaveholding facility, as well as the city’s slave market – one of the most active in the South – without disrupting the hip restaurant-and-condo scene growing up around it.

“What we choose to preserve is really a reflection of what we care about,” said Justin Reid, director of African American Programs for Virginia Humanities, who is helping coordinate a statewide effort to recognize slavery’s legacy. “When our cultural landscape is devoid of these sites, we’re sending the message that this history is less important, and the people connected to these sites are less important.”

Nowhere is the tension stronger than in Southampton County, where the history carries particular pain. Nat Turner is both a villain and a hero of American history.

The split has long inflamed racial divides. Born into slavery around 1800, Turner was literate, charismatic and deeply religious. He once baptized a white man, and some accounts describe how he spent 30 days wandering the county in search of his father before voluntarily resuming his life in bondage.

According to the confessions he allegedly made shortly before being executed, Turner saw visions from God urging him to seek vengeance on his white oppressors. A solar eclipse that passed over Southampton County in 1831 was the sign to act. On Aug. 21, he met with a half-dozen other enslaved people at a pond in the woods, where they plotted for several hours before striking out into the night, taking knives and farm implements to use as weapons.

Attacking farmhouses in the darkness and picking up supporters along the way, Turner and his rebels killed some 55 white men, women and children over the next two days. They were eventually scattered by militia infantry, and some were rounded up and killed or put on trial.

Turner escaped and hid out for two months mostly in a crude “cave” – a hole dug under a pile of wood – before surrendering on Oct. 30, 1831.

He was tried and hanged Nov. 11, 1831, in the county seat of Jerusalem, known today as Courtland.

Until recently, the all-white county historical society was uncertain how to handle its macabre legacy. Within the past 10 years, though, as popular interest in Turner’s story has grown – including through the controversial 2016 film “Birth of a Nation” – attitudes have loosened.

Work is underway to establish slave-insurrection-history trails: a walking route in Courtland and a driving tour through the southwest corner of the county where the rebellion took place. Much of the information for both resides in the mind of one man.

“If you want to know anything about Nat Turner,” said Thaddeus Stephenson, 55, a black man who said he lives near one of Turner’s hideouts, “Rick Francis is the man.”

Behind the wheel of a Chevy Suburban with 338,000 miles on the odometer, Francis pulls onto the shoulder at a featureless crossroads. Open farmland stretches in every direction.

This is Cross Keys. Francis begins to populate the scene. There was a wide, shallow building there, he says. A smaller structure across the street. In the summer of 1831, some 1,400 white people gathered here, pouring out of surrounding farms in fear of Turner and the armed rebels.

Militias converged from around the state and from North Carolina. When some members of Turner’s band were rounded up, they were held in a small cell in one of the buildings.

It’s all gone now, not even a mound or brick left to mark the spot. It exists only in Francis’s spirited retelling.

Francis, 63, who is white, is clerk of the county’s circuit court. Several of his ancestors were either victims of Turner’s insurrection or had narrow escapes. Over the course of an afternoon driving around the remote reaches of the county near the village of Boykins, Francis spins a tale of terror, violence and colorful characters – from Red Nelson, the enslaved man who helped save Francis’ pregnant greatgreat-grandmother, to Will Francis, perhaps the most fearsome killer in Turner’s band.

“He trimmed my family tree,” Rick Francis says of Will Francis, a man owned by one of his ancestors. “I mean, that guy was a killing machine.” But he gives him credit: Where Turner was a “religious fanatic,” he says, Will Francis “was motivated solely by freedom.”

As Francis drives along the old carriage paths, most of which are now paved, he sees things others do not.

Over there, where the dark grass meets the light, that’s where Joseph Travis and his wife were the first ones hacked to death in the insurrection. Where a rusted double-wide trailer stands was the site of Capt. John Barrow’s home. He warned his wife to flee, but she delayed to change her clothes, so he had to fight the rebels on the front porch. His wife escaped out the back; Barrow’s throat was cut.

Many of the homes were still standing as late as the 1970s, but time and weather have ravaged them. Local landowners cannot afford to rebuild so they just clear the rubble. The Richard Porter House is a dark hulk of warped wood, half of it collapsed, all of it shrouded in vines. Here, a young enslaved girl warned the family what was coming and they fled into the woods.

A few miles away, Francis swings off the road, switches on the four-wheel-drive and powers to a nondescript mound of brush. Only when he stops do a low row of bricks, a collapsed tin roof and jagged piles of gray boards become visible under the greenery: the remains of the house of Jacob Williams, who returned from measuring timber in the forest to find his slaves standing over the bodies of his wife and three children.

Nearby, the widow Rebecca Vaughan was allowed to pray before she was killed.

Her house, the scene of the insurrection’s final killings, was relocated a few years ago to a spot in Courtland across from the county agriculture museum. It has been neatly restored by the county but remains empty.

The tree where Turner was hanged fell long ago. Francis puts the site in the yard of an old foursquare house on Bride Street in Courtland. A short distance away, around the corner on High Street, is the ditch where Turner’s torso was said to have been tossed after he was decapitated. Sure enough, Francis said, human remains have been found there. At some point, the county hopes to excavate. In the meantime, the spot is marked by tiny wire flags stuck in the weeds, the sort that might designate a property line or a cable route.

The county courthouse stopped flying the Confederate flag in 2015, but a Confederate monument stands on one side of the complex. Inside, in the county records room, Francis maintains a mini-museum to the slave insurrection, displaying old newspapers and artifacts.

The biggest prize is Turner’s sword, which is locked away in a courthouse storeroom in a padded rifle case. Francis tucks a pistol in his waistband when he goes to retrieve it. He opens the case and unfolds a white cloth. The curved blade is pitted, and though Turner complained that it was too dull to kill the woman he struck with it, the edge feels plenty sharp.

The Southampton County Historical Society has resisted putting the sword on display. Francis said its members worry people won’t take the tour if they can see the most memorable artifact up front. But maybe there is also a squeamishness about showing off such a fraught piece of history.

Francis believes the insurrection needs to be more widely recognized as an important turning point. It brought the Virginia legislature within a few votes of abolishing slavery, but ultimately, lawmakers tacked the other way, passing harsh crackdowns that prohibited blacks from preaching or learning to read.

Turner is a complicated figure even for African Americans who grew up in Southampton County. Bruce Turner, 71, said his older relatives spoke in hushed terms of a family connection to “the Nat mess.” After years of research, he believes Nat Turner was his great-great-greatgrandfather. And by learning more about him, Bruce Turner has become proud of the association.

“I wasn’t sure what he did was right or wrong,” said Turner, a retired computer engineer who lives in Virginia Beach. “Today I admire and honor Nat. I think what he did was correct.”

It’s important to view the insurrection through the historical lens of fighting for freedom, Turner said. The houses, the landscape of Southampton County, evoke that for him now that he knows the full story.

“The houses that were down there … we used to call those the haunted houses,” Turner said. “And we were told something terrible had happened there.” In his childhood, the hanging tree still stood, and the Vaughn house was abandoned in the woods.

“I was always told, oh, you don’t want to go in there, there’s blood spattered up on the walls, and stuff like that. I went in there.

I only saw some spots. But it could’ve been mold,”he said.

Stephenson, who lives near one of Nat Turner’s hideouts, heard the same tales about the old houses. “The bricks from the chimney – sometimes when it rains, blood is supposed to seep back out of them,” he said. “That’s some folklore.”

But when you preserve those vanishing sites, you keep the history from fading into myth, Turner said.

“Why preserve Mount Vernon? Or preserve Monticello? They’re part of the history,” he said. “Just because something bad may have happened at a place, or something that was distasteful, doesn’t mean that it shouldn’t be kept.”