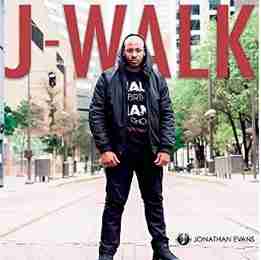 DALLAS – Son of mega church pastor Dr. Tony Evans, Jonathan Evans, a mentor, author, speaker, spoken word artist and former NFL fullback is encouraging men of all ages in their spiritual walk with God on his new album J-Walk. The spoken word record is available on all digital platforms worldwide and on JonathanBlakeEvans.com.

The album is the latest resource to accompany his father’s best-selling book “Kingdom Man,” which has sold over 300,000 copies and was picked by Seattle Seahawks quarterback Russell Wilson as one of his top motivational reads according to Northwest.com.

Much like his father’s bestselling read, the album was specifically created to encourage men to become all that God has called them to be.

“I wanted to create this album to innovatively and effectively communicate God’s album expectations for manhood and challenge all men to become who God has called us to be,” Evans said. “This album gives men at any age the ability to be moved by theatrical spoken word, hip hop, and contemporary musical compositions by Grammy award-winning producers that will encourage them, challenge them, and most of all strengthen them to be God’s man. It will also serve as a tool for women to give to their teenage sons, brothers, husbands, uncles and friends to build them up in a positive and creative way.”

The multi-gifted Evans is also a dynamic speaker at churches, conferences, men’s and youth events, banquets, and FCA events.

He is committed to use his platform to impact young adults, men and specifically athletes, by equipping and encouraging them in their faith.

For more information about Evans and J-Walk, visit JonathanBlakeEvans.com.