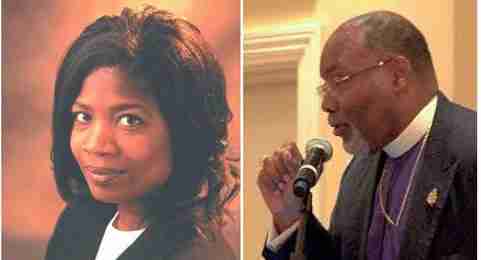 PHOTOS COURTESY OF PINTEREST AND NATIONAL WORKSHOP ON CHRISTIAN UNITY

EDITOR’S NOTE: For the next several weeks, the Whites will explore images, themes and messaging depicted in Marvel’s practically all black, chart-topping motion picture.

Ever since “The Black Panther” roared through cinemas earlier this month, folk have been on the whole “Wakanda Forever!” with no shame.

Wakanda. The mythical African nation is the home and kingdom of T’Challa, the “Black Panther” of the Marvel Cinematic Universe. Wakanda—albeit fictional—has enthralled the hearts and imaginations of people around the globe.

Its mass appeal in the high-rent districts and even the ‘hood has earned it worldwide blockbuster status and box-office respect. So much so, we can’t help but nod in unapologetic agreement with Erik Killmonger’s words, “Can you believe that? A kid from Oakland walking around and believing in fairy-tales.” When it comes to Wakanda, he isn’t the only one caught up.

One writer helps us understand what’s going on: “When you are in the middle of a great fairy-tale, the fairy-tale lets you live, even briefly, with the dream that love without parting, escape from death, triumph over evil, are real and realizable.

That’s why the stories stir us so deeply, and why we will go on reading and writing them.”

This tale, in all its black beauty, ebony excellence – and even the dysfunctional drama of its royal extended family began with a father and son.

And just like that, the fairy-tale feel of the gloriously produced “Black Panther” movie began to draw us in. The team assembled at The Walt Disney Co., the undisputed heavyweight champion of fairy-tale telling, scored a unanimous KO this time. Our black and beautiful protagonist was surrounded by a world where black and beautiful were not only celebrated, but exclusively and unflinchingly the norm. Once the lights went down, and we were transported to Wakanda, we didn’t want to leave.

But we weren’t the only ones. And “Black Panther” has the global revenues to prove it. But what makes the Kingdom of Wakanda and its king so compelling?

One reviewer backs into at least one aspect of T’Challa’s universal appeal, listing his superhero accolades: “deadly martial artist, stalwart friend, well-educated, even-tempered, quick to smile … and despite all that, he’s humble, … and he is also almost entirely devoid of flaws.”

With his deeply brown, sun-kissed skin, his hair like lamb’s wool, his willingness to die for his kingdom and his miraculous comeback from death to claim his throne, in the Kingdom of Wakanda, T’Challa has Christological attributes.

No wonder we can’t let it go. The king of Wakanda and the beloved community to which he is devoted, remind us of someone else, the One the late Rev. Dr. Mack King Carter dubbed, “that Nappy-headed Negro from Nazareth.”

Can’t you hear the truth of God’s Kingdom—home of agape love, where there is no Greek, no Jew, no slave and not barbarian, where we are our brothers’ and sisters’ keepers—echoing in the speech T’Challa gave at the United Nations?

We will work to be an example of how we, as brothers and sisters on this earth, should treat each other. Now, more than ever, the illusions of division threaten our very existence. We all know the truth: more connects us than separates us. But in times of crisis the wise build bridges, while the foolish build barriers. We must find a way to look after one another, as if we were one single tribe.

Next post Belvoir gravesite could be slaves' last resting place