Reflections on Wakanda, part 2 – what about the women? 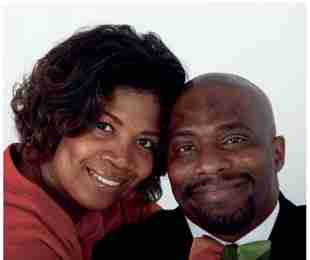 In a world untouched by the oppressive cancers of Western racism, colonialism, capitalism and sexism, the leading women of “Black Panther”— Nakia, Okoye, Shuri and Ramonda—are a fierce foursome, superhero soul sistahs in their own right.

Welcome to Wakanda, where the female figures of this fictional and futuristic African country offer a glimpse of the glory of unchained, unhindered, unrestrained, unadulterated womanist power.

When Alice Walker defined the term some years back, sistahs began to align themselves with Walker’s bold assertion, “Responsible. In charge. Serious…. Womanist is to feminist as as purple is to lavender.”

“Black Panther” is overflowing with purple. What we witness in its exploration of a beloved community may be the most ambitious cinematic depiction of the womanist way of being. Walker’s words apply to these Wakandan women and how they roll: “…outrageous, audacious, courageous or willful…”

The images of powerful, strong sistahs who are Wakandan leaders along with being nurturing, fearless and caring characters, are refreshing as we close out Women’s History Month. There’s Nakia, Prince T’Challa’s ex-girlfriend, who is a warrior and a spy; Okoye, the general and personal protector of the prince; Shuri, the princess who is the science and technology mastermind; Ramonda, the regal Queen Mother, and we can’t leave out the Dora Milaje, the all-female royal guard.

We also see sistahs who are a large part of the wisdom council, sharing their opinions and not being shushed by their male counterparts nor told to keep quiet and just be happy having a seat at the table. These sistahs are strong, these sistahs are powerful, and they are many:

There are more main female characters in “Black Panther” than any other Marvel Cinematic Universe film. And when Walker proclaimed womanists are, “Committed to survival and wholeness of entire people, male and female,” though they are fictional, these sistahs are giving us life as they fight for their loved ones and community, in true womanist fashion.

These characters embody bold womanist wisdom, work and worth. And they help us see ourselves in a majestic, corrective and inspiring way. So, let’s tell the truth and shame the devil: as Danai Gurira, who played Okoye encouraged sistahs in a recent interview, “Just because we are different doesn’t mean we are deficient.”

Next post Tuskegee Airman Floyd Carter Sr. dies; he was 95