Ten-year old is inventor of lifesaving device for kids 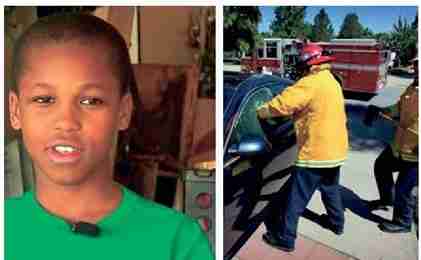 MCKINNEY, Tx. – Bishop Curry is a 10-year -old 5th grader from McKinney, Texas, and he’s also the inventor of a prototype device that is designed to prevent children from dying in hot cars. His lifesaving device is called Oasis, and it attaches to children’s car seats. If it senses that a child has been left behind in the seat, it will start to blow out cool air until the child is rescued.

Initially Curry said his idea was to make a car seat cover with three fans, but now he also wants to create a full car seat with the ability to link up with a vehicle’s air conditioning system and turn it on automatically.

Curry was inspired to create the device, after a six-month old baby in his community died after accidentally being left in a hot car for four hours.

After doing some research, Curry found that hot car deaths of babies and pets are tragically common, especially in the summer months. In fact, according to CNN, the number of children that died after being left in a hot car tripled in 2016.

Curry’s father loved the idea, and immediately filed for a patent. But he also realized that they would need about $20,000 for development and manufacturing. So, together they launched a GoFundMe crowdfunding page that has already raised more than $48,500 – more than double their initial goal.

They are using the funds towards the attorney fees that are needed for the provisional patent, the protoyping fees, and for locating a manufacturer that is capable of mass producing the device.

Although only 10 years old, Curry has already managed to meet with some of the right people in the industry. Last year, he and his dad attended the Center for Child Injury Prevention Conference where he presented his car seat idea to car seat manufacturers.

Toyota also flew them both to the Toyota Technical Center in Detroit, where they got the opportunity to witness live safety tests on vehicles.

And, Curry has even had a one-on-one conversation with the director of engineering and program management for Evenflo, one of the leading companies that manufactures car seats and child devices.

For more details about Bishop Curry and his Oasis device and/or to make a crowdfunding donation, visit www.gofundme.com/endhotcardeaths