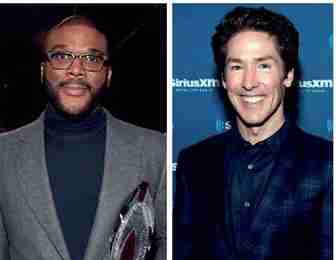 Nationwide – Filmmaker and actor Tyler Perry has released a video on his Facebook page announcing that he will donate $1 million to various organizations that are helping victims of Hurricane Harvey in Texas and Louisiana. He also announced that he will be giving $250,000 to Joel Osteen’s mega church.

Although Osteen has received national criticism on social media for not immediately opening his Houston-based church to help displaced families, Perry defends the pastor and his wife saying that he understands why they didn’t open the doors of the church for shelter immediately.

In the the video, Perry is heard saying, “Let me tell you something: Joel and Victoria are amazing people. There’s no way they would lock people out of the church and not let people in for shelter. There were some safety concerns.”

He added, “I’m sending $250,000 to Lakewood to make sure that they can get all of the supplies people need, and I know that they will. That’s the kind of person he is.”

The reactions to this announcement were mixed.

“This is why Tyler Perry is a mentor for me. He knows who he is, what he is purposed to do, and confident in walking in it! His heart for helping is incredible,” said one person on social media.

But other comments weren’t so positive. “Joel Osteen should not be receiving any more money. He was forced to open his doors after the backlash,” said another person.

Another person chimed in, “Joel Osteen is a hypocrite! He might be a nice person, but he fails as a leader of his church. Christians like him make me want to run far away from that sort of thing. Just my opinion.”