President Punany Grabber and the ripple effect of stupid leadership 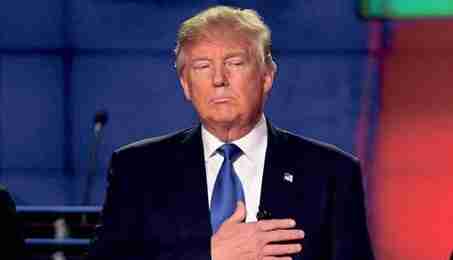 I took a break last week in the hopes of finding more hopeful things to think. In my personal and professional life, I’ve got some good stuff going on. So I did not want to allow Darth Cheeto back into my mind. I’ll shamefully admit, I’m one who’s been burying my head in the sand and wishing for it all to go away.

But there’s that thing that is sometimes far worse than fake news. It’s called real news. It’s the worst when it’s about the imminent success of politicians, even the nonpunany grabbing ones, who happily seek to trample on the value of human life. So here’s some of what the news has been saying.

Several days ago, a man shot up Fort Lauderdale airport with a legal semi-automatic weapon killing five people, physically wounding several more and, I’m sure, scarring tens of others psychologically for life. You or I would have thought, let’s make it harder for people with clear psychological issues to get handguns. Maybe, we should outfit these high traffic gun free locations with meticulously evaluated sharp shooters to protect us in the safest way. What do Florida lawmakers think? Give all law abiding (aka white) citizens guns so they could have defended themselves. Can you imagine the shootout at the OK Corral that would have become?

Meanwhile at the national level, Punany Grabber’s Attorney General pick who has long been identified as having racist and nationalist tendencies, except by black pastors who also think the LGBT community is disgusting, is walking into confirmation hearings with a Republican Congress who couldn’t care less about the character of the man as long as he makes their new tangerine boss happy. Sessions was called “amnesty’s worst enemy” by the National Review, has fought against even legal immigration, and joked that the KKK is alright except for their smoking marijuana.

Now, Punanny Grabber didn’t put the idea of guns for all in the heads of state lawmakers. He didn’t train Jeff Sessions in the ways of racial bias and hardline nationalism. He didn’t build evil Twitter. But he rose to power on the wave of these ideas and platforms that demonize people of color and minimize the rights of all Americans, and he’s legitimized these dirty, dirty ideas in the minds of people who don’t know any better.

As much as we’d all love to bury our heads in the sand and hope the four years of “legal” human rights violations we’re in for will whiz by as quickly as possible, we have to realize that undoing the damage at the end may be darn near impossible. So let’s jump on the bandwagon of opposition those on the left have set in motion. Be vigilant and do what we can with our voices, our actions and our dollars. In 2017, #resist.

Next post Being nice to others, one hand shake, one fist-bump at a time