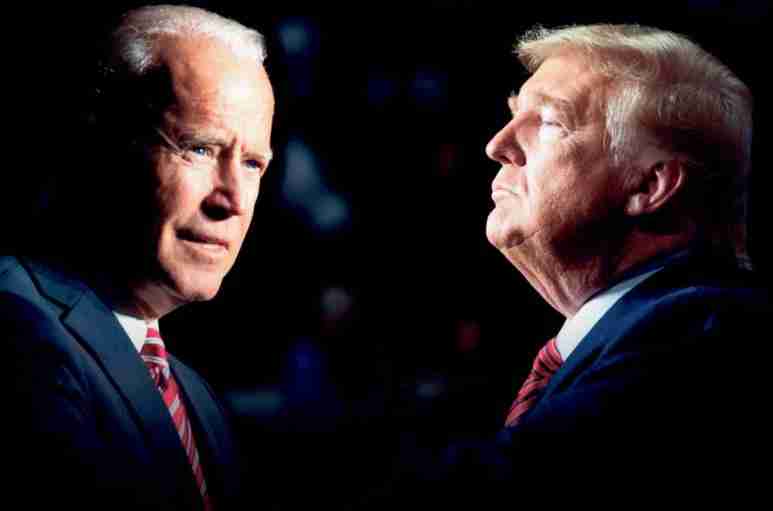 Political endorsements do not necessarily influence the outcome of an election, except, perhaps, for a relative handful of undecided voters. But that sliver of the electorate could be crucial in the race for the all-important Electoral College votes.

At the same time, much can be gleaned from endorsements. Wikipedia lists 98 unions as supporting President Donald Trump, but they represent law enforcement personnel. By contrast, 91 unions have endorsed Joe Biden, his Democratic challenger, ranging across a wide spectrum of the electorate and including only one group of ﬁrst responders — the International Association of Fire Fighters.

It is not surprising that law enforcement personnel support Trump. The large-scale street protests over police killings of African Americans should have been taken as a clarion call to step back and do some soulsearching regarding systemic racism. But, with Trump pushing his “law and order” and “love for the police” rhetoric, they found a natural ally in him, rather than forging solidarity with the communities they serve.

Newspaper endorsements are another intriguing category. Of the 100 major papers, 57 endorsed Hillary Clinton in 2016. Only two picked Trump but he still won the Electoral College, while losing the popular vote.

This time around, Wikipedia lists 13 newspaper endorsements for Trump. Biden has 146, including major publications such as The New York Times, The Washington Post and USA Today, and, in Florida, the Sun-Sentinel, the Palm Beach Post, the Tampa Bay Times and the Orlando Sentinel.

The Miami Herald is unlikely to endorse a candidate. The New York Times reported in mid-September that Colleen McCain, national opinion editor of its parent McClatchy Company, sent a memo to its 30 newspapers requiring that both Trump and Biden must be interviewed before an endorsement can be made. The problem is that Trump “is not in the habit of talking to local newspaper editorial boards,” The Times’ Ben Smith reported.

The Herald did publish an endorsement of Biden by Leonard Pitts Jr., his ﬁrst in his 26 years of writing his nationally syndicated column. Pitts described the Trump record as “Teapot Dome wrapped around Watergate, drizzled with Iran-Contra, stuffed inside a stained blue dress, set aﬁre and left on your doormat. Every. Single. Day.”

The USA Today endorsement is particularly signiﬁcant. The paper urged readers not to vote for Trump in 2016, without endorsing Clinton. This is the ﬁrst time since its founding in 1982 that it has explicitly endorsed a presidential candidate. It echoed a point made by several other publications — that Biden “offers a shaken nation a harbor of calm and competence.”

“If this were a choice between two capable major party nominees who happened to have opposing ideas, we wouldn’t choose sides. Different voters have different concerns/ But this is not a normal election, and these are not normal times,” the USA Today editorial board wrote. “This year, character, competence and credibility are on the ballot. Given Trump’s refusal to guarantee a peaceful transfer of power if he loses, so, too, is the future of America’s democracy.”

Scientiﬁc American, one of a dozen magazines which endorsed Biden, also made history in doing so – the ﬁrst in its 175-year history. The editors wrote that Trump “has badly damaged the U.S. and its people – because he rejects evidence and science.” Biden’s proposals, the magazine said, “can set the country back on course for a safer, more prosperous and more equitable future.”

The activist groups are of special interest because they have the capacity to mobilize and turn out hundreds of thousands of voters. Newspapers can do so also — but by motivating them. In these times of hyper divisiveness, though, it is doubtful that many people have been waiting for such motivation. Another notable feature about this year’s endorsements is that several hundred Republicans, some of whom have served in leadership positions in Republican administrations, have come out in support of Biden. Of particular note is the Lincoln Project which some of them created to actively oppose Trump’s re-election. Michael Steele, an African American and former Republican Party chairman, is a senior advisor to this group.

Also of note: Wikipedia lists among Trump’s endorsers several foreign heads of states and other government ofﬁcials. They include Jair Bolsonaro of Brazil, Rodrigo Duterte of the Philippines, Narendra Modi of India, Viktor Orban of Hungary, Vladimir Putin of Russia and Aleksandar Vucic of Serbia. None of them is known for stellar democratic leadership.

Coincidentally, the V-Dem Institute of the University of Gothenburg in Sweden has just released its 2020 report and it points to erosion of democratic norms by the Republican Party over the last two decades, The Guardian’s Julian Borger reports.

The study found that, since 2000, in his words, “the GOP has taken to demonizing and encouraging violence against its opponents, adopting attitudes and tactics comparable to ruling nationalist parties in Hungary, India, Poland and Turkey,”

It also found that, again in Borger’s words, “over the past two decades, the U.S. Republican Party now more closely resembles ruling parties in autocratic societies than its former center-right equivalents in Europe.” He added, “The shift has both led to and has been driven by the rise of Donald Trump.”

It is doubtful that Trump’s adoring fans realize that they are being played by an autocrat who will continue his assaults on American democracy if given a second term.

Previous post Give us a fighting chance: VOTE Biden/Harris