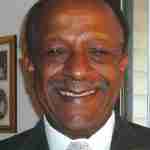 African Americans need to go back in order to move forward!

I’m old enough to remember a time that Black youth can’t even imagine!

Now, it seems the African American neighborhoods have become communities of beggars!

Today we beg for jobs, we beg for affordable health care, we beg for better business opportunities, better equipped schools and colleges and we beg for decent housing.

Integration was a devilish trick! So-called “Negro leaders” suggested that we didn’t have to eat at the Black restaurant because we could now dine at the white owned restaurant even though the best tasting food there was prepared and cooked by Black chefs.  The same scenario was repeated when other businesses and trades were discussed.

Every since slavery days and the reconstruction period that followed the Civil War there has been a philosophical economic power struggle.

Some African Americans felt that Black people could assimilate into the predominately white business world via “proper” education, training and new found love from previous exploiters and oppressors.

Others felt that God would only bless the Black children, and adults, that had their own.

That ideological battle rages on today!

In 2014, Black people are told by modern day neo-colonial puppets that the white business ice is colder than the Black business ice, white newspapers, web sites and other media institutions are better than Black media companies, white schools and colleges are more prestigious than historically Black colleges and universities and that white scholars, white writers and white philosophers and thinkers are superior to Black people and Black minds.

We have to give each other a chance. No one is saying that you should patronize a company that doesn’t or can’t provide the goods and services you desire.

I dreamed one night that America’s only Black entrepreneurs were entertainers, athletes, barbers and hair stylists.

Then I realized that wasn’t a dream. That was a nightmare!

Please try to patronize at least one Black-owned business each and every week! (Buy Gantt’s book “Beast Too: Dead Man Writing” and contact Lucius Gantt at www.allworldconsultants.net

Next post President Obama is losing his alter ego