Republicans worship guns even though they kill Americans 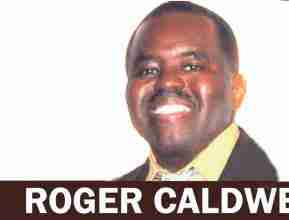 There is a gun war in America in 2022 and people are dying. It does not matter your race, age, or gender mass killings can happen anywhere. In 2021 there were 692 shootings, and it appears in 2022 the numbers will be much worse, if no immediate action is taken.

On Thursday June 2nd speaking from the White House in a speech broadcast live primetime, President Biden asked a country stunned by the record shootings at a school in Texas, a grocery store in New York, and a medical building in Oklahoma, how many more lives it would take to change gun laws in America. “For God’s sake, how much more carnage are we willing to accept,” asked President Biden?

Everyone in America is aware that there is a gun crisis in the country, but Whites and Republicans worship guns, and there will probably be no new laws passed in 2022. There is a fear in the Republican Party, that people of color are taking over the country, and White folks will become the minority.

In 2008, when former President Obama ran for ofﬁce, the Tea Party claimed in 2050 White people would be the minority in America. At this time many White nationalist stated that if Whites do nothing they will become extinct.

In 2022, very few White people will call themselves a racist, but a role reversal is taking place, and many White Americans are calling themselves a victim.

Many of these White American victims believe they must unite the right, and “Make America Great Again.”

Ex-President Trump has used White identity politics to take America back to the past, when White men were in control, and they ran everything. Jim Crow and the KKK could put Black folks in jail for anything, and lynch them anywhere.

The rise of people of color in every aspect of life in America has White Americans angry, and the only thing they can worship and hold on to is their guns. A gun rights advocate holsters his handgun outside the Oklahoma capital at a 2019 rally in favor of a law that allows people to carry concealed weapons without a permit. Two years later, there are now 21 states that have some sort of law to make it easier to carry a gun.

Six states, Arkansas, Iowa, Montana, Tennessee, Texas, and Utah, no longer require residents to hold a permit to carry a concealed ﬁrearm. There are many other states in the process of being added to the list of carrying a concealed weapon without a permit.

“This is a dangerous step for states,” says Eugenio Weigend Vargas, director for Gun Violence Prevention at American Progress. “This could easily raise some confrontation in some places, further escalating violence to reach lethal levels.”

President Biden described visiting Uvalde, Texas, where the school shooting took place. “I couldn’t help but think there are too many other schools, too many other everyday places that have become killing ﬁelds, battleﬁelds, here in America.”

It is easy for Republicans and White Americans to make excuses why the second amendment must be worshiped and followed to the letter. But too many guns are killing too many Americans and the laws must be changed.

At President Biden’s speech, he called for Congress to ban the sale of assault weapons, expand background checks, raise the minimum age to buy those weapons to 21 from 18, and repeal the liability shield that protects gun manufacturers from being sued for violence perpetrated by people carrying their guns.

It does not matter your race or party afﬁliation, President Biden is making change that is needed, and the House and Senate must take immediate action. Americans are dying, and it makes no sense.