Romney joins with other racial hypocrites to denounce Trump 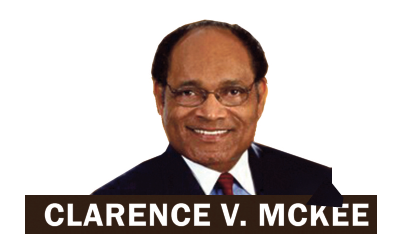 I am so tired of racial hypocrisy. It is particularly vulgar when Republicans attack Republicans while giving Democrats a complete pass.

When Donald Trump referred to a federal judge as a “Mexican,” Democrats, much of the media, and some notable Republicans, including Mitt Romney, rightfully called him to task. The criticism included a few racial hypocrites who were quick to join the Trump lynching party.

Wasserman Shultz’s reaction to Trump’s remarks are an example of selective racial outrage. She issued no such strong statements when her friend, Florida Miami Sen. Gwen Margolis, was forced to retire last week instead of seeking reelection to the Florida Senate from a 33 percent black district after referring to three of her five opponents as “three Haitians.”

Until her racist remarks, the 81-year-old Margolis had a distinguished record as the longest-serving senator in the Florida Legislature and became the first female Senate president in 1990.

Probably because of her history as a champion of liberal causes, the only strong criticism of her remarks came from a local union leader whose AFSCME was about to pull its endorsement. “We cannot tolerate that type of rhetoric, especially for a union that represents a large majority of African Americans and Haitians” said the local union Executive Director Andy Mates.

Ironically, no such public outrage from local black elected officials who represent those same constituents — or from Wasserman Shultz.

As to Hillary Clinton, she has spent her campaign invoking the race card at every opportunity, placating and talking down to blacks while remaining silent on the bloodshed plaguing Democratic controlled cities and jumping in bed with teachers’ unions who fight choice and tax credits for poor black students at every opportunity. As South Florida Times columnist Al Calloway recently wrote: “Hillary simply plays Democratic Party politics that relies on marshalling, no, herding black elected officials, civil rights leaders and key black preachers who convince the black masses that Hillary is ‘our candidate.’” And then there is Elizabeth Warren. She has no standing to preach on a racial or ethnic high horse. Trump calls her “Pocahontas” because he alleges that she pretended be part Cherokee in order to advance her career, which he calls very “racist.”

It looks like Warren is another example of one of the white liberal privileged using diversity laws to advance their own careers while accusing successful black conservatives of being the beneficiaries of affirmative action.

To these liberal Democrats, just as beauty is in the eye of the beholder, what constitutes a racist comment or action depends on the politics of the speaker. Then we have the granddaddy of racial hypocrites — Mitt Romney. Referring to Donald Trump in an interview at his E2 Summit in Deer Valley, Utah, he said “I don’t want to see trickle-down racism.” If Romney had been as tough and aggressive on Obama in 2012 as he is against Trump in 2016, he would be president and running for re-election.

His attack on Trump, whose endorsement he sought and got in 2012, comes from a presidential candidate who got only 26 percent of the Asian, 6 percent of the black and 27 percent of the Hispanic vote. He obviously had no connection to nor inspired confidence in these group. So why are we to believe that he suddenly has some empathy for them now?

If he had been as concerned about minorities then as he professes to now, he could have fared much better than the embarrassing results cited above and most likely would not have thrown that “47 percent” punch which most perceived to be directed at minorities.

As I recall, his campaign added black outreach as an afterthought (down the losing stretch) towards the end of the campaign. Even more disgraceful was that it refused to accept and implement a meaningful and significant black outreach program for his campaign from black Republicans including the-then black lieutenant governor of Florida, and military veteran, Jennifer Carroll. While Romney and his GOP colleagues such as Newt Gingrich, Paul Ryan, Marco Rubio and others have been quick to criticize Trump, I would ask them the following questions:

• How many blacks are on your staffs?

• What statements have you made on the urban violence and the slaughter of young blacks and Hispanics in Chicago and other cities?

• What comments have you made or will make on the recent survey by the Department of Education showing that black students were nearly four times as likely to be suspended and almost twice as likely to be expelled from school as whites including preschool?

At least Trump has spoken about high black youth unemployment rates, urban violence and hopefully will continue do so as well as address the above issues. He also has significant numbers of blacks on his team: most notable spokeswoman Katrina Pierson and Marisa Manigalt.

Until the others get out of their racial glass houses, they should not throw hypocritical stones.

Next post Statement on the mass shooting in Orlando, Florida