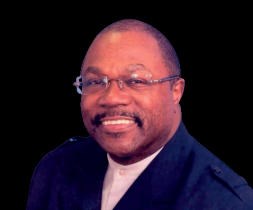 Halloween is coming early this year. The State Board of Canvassers have granted approval to a bogus Secure MI Vote for a misleading petition drive. This petition basically restricts Michiganders right to vote. The approval to get 340,047 signatures would ban election officials from mailing absentee ballots to every voter of Michigan unless requested. It would result in more harsh restrictions of voter ID laws. This is no more than a Republican trick designed to steal the treat of the citizens right to exercise their vote. In case after case across the nation no evidence of mass voter fraud, abuse, or corruption by the electorate has ever been produced. Courts have thrown out over 60 lawsuits based on fraud and frivolous claims of voter irregularities. Right here in Michigan a Special Senate Oversight Committee led by Republican Senator Ed McBroom said, ‘no evidence of widespread or systematic fraud’. It pulled the cover off several die-hard losers of the last administration who are hell bent on changing the way elections are conducted if they can’t win. Led by the pied piper of big lies Donald Trump. He continues to mislead a crowd of vulnerable and consciences enablers seeking to turn back our democracy. They have not learned that you win on ideas, policies, inclusion, and integrity.

Halloween is about masquerading as something that you are not and frightening individuals into giving you a treat. This petition is about masquerading as something that it is not. It is not securing the vote when the vote is already secure. It is designed to frighten the electorate into believing that somehow our democracy is not working, not secure, and is run by corrupt people. The Michigan committee even observed that the socalled Voter-Integrity Project found ‘no proof’, that 289,866 illegal votes had been cast based on a supposed sample list of 1,500 voters. They called claims made by the court jester of the legal system Rudy Giuliani ‘ludicrous’. They called for Attorney General Dana Nessel to open investigations into the folks who have made money from these false claims. Giuliani has been disbarred in a few states. His accomplices Sydney Powell and Lin Wood have been sanctioned in Michigan. They have been forced to pay defendants attorney fees, take voter education classes, and referred to disciplinary boards for investigation, suspension, or disbarment. The tricks go on.

Halloween is in October, but we are now getting a tour of a haunted political house in September. We must Decline To Sign but that is not enough. In Michigan, Joe Biden won by 154,000 votes and still folks want an audit. Audits have produced even more critical results for the former president. He suffered a greater loss in Arizona after the result of their most recent audit. Biden beat Trump in targeted Maricopa County by 10,000 votes. Biden beat Trump in Georgia by over 12,000 votes. Audits confirmed this reality. Michigan’s audit of the 2020 election produced the same results. Joe Biden won. No election fraud or dead folks rising up to vote en masse. The tricks persist. They persist in calling for a new election when you lost the old one. They persist in the possibility of reducing the ability of certain minorities to have their congressional districts redrawn to reduce the impact of their vote. Let no one be under any illusion. This petition is also a political trick targeted at women, youth, the disabled, seniors, and the poor. It further is a trick when over 18 states have introduced 400 voter suppression bills to take voting back 50 years. If you can’t beat them trick them into believing the system is rigged and the votes are Illegal. Shame on those who propagate and peddle this poison to the people.

Pure Michigan has been polluted by the pouring into the Great Lakes state this toxic waste from a mean-spirited Republican party that is corroding our democracy day by day. Last November 12th in a joint statement, members of the Election Infrastructure Government Coordinating Council, and Assistant Director of the Cybersecurity and Infrastructure Agency, both under the umbrella of the Department of Homeland Security, along with the national Secretaries of State and others called the 2020 election ‘the most secure in American history. There is no evidence that any voting system deleted or lost votes, changed votes, or was in any way compromised’. How long will we allow these tricks to be played on the people?

Halloween is for children. Voting is for adults. The people of Michigan must not be bamboozled or hoodwinked by this ball of confusion. We must not only Decline To Sign but perhaps there needs to be a counter petition to give the people an avenue to preserve their right to vote. It would be educational along the way towards a referendum on this law if it makes it through the legislative process. This is a slick petition drive to get around a Governor who believes in the right to vote for all Michiganders. They want to eliminate a long-standing constitutional right to veto or not sign a bogus bill into law by the current Governor of this state. We must stand strong against this attack on voting rights. In a joint statement published April 13th of this year, 33 major Michigan corporations and businesses made a commitment to protect voting rights against voter suppression tactics attempted by state legislators. Among the eight principles they adopted were these two:

1. Government must support equitable access to the ballot to ensure that all eligible voters can exercise their right.

Well, the chickens have now come home to roost. Corporate and business communities must stand with us in this very critical hour. We all must stand strong against the attack on voting rights. Dr. Martin Luther King, Jr., proclaims from the corners of our national conscience, ‘our lives end the day we become silent about things that matter’. Voting matters. Freedom matters. Democracy matters. As a child on Halloween, we were not interested in the tricks. We wanted the treats. We came home, opened our bag filled with treats and counted them on the table to see who had the most. We didn’t steal the candy from each other. We accepted what each one had and ate the candy that we were given. Well today we need to accept the votes when they are counted and eat the victory or defeat we have been given. Secure MI Vote ain’t nothing but a bag of tricks. Voters in Michigan really deserve a table filled with treats

Next post Black Lives Matter and the color of your skin