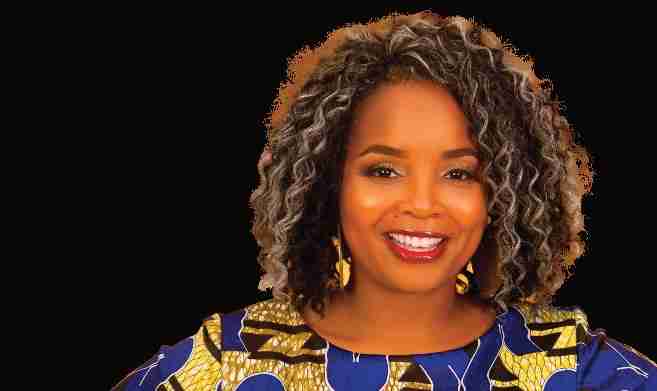 Feb. 26, 2022, marks the tenth anniversary of the shooting death of Trayvon Martin. All these years later, his murder still rests heavy on my soul. As I sat at my table during this year’s remembrance dinner, staring at the Travyon’s youthful, smiling face on the printed program, and watching a video montage of photographs from his far-tooshort life, the grief was still palpable in the room. Trayvon should have had the opportunity to celebrate his 27th birthday that weekend.

As usual, my thoughts turned to my own sons. The oldest, Will, on the verge of his 26th birthday. He’s graduated college and is chasing his dream as a music producer.

My youngest, Amiri, just turned 16, and remains as precocious and talkative as he’s been since he was a toddler. My conversations with each of them are ﬁlled with equal measure of encouragement, humor, and serious caution. I worry about them both every day. The shadow to Trayvon lingers, along with the legacy of the lynchings about which I have written about and frequently speak.

Trayon’s murder reminds me of a lynching I’ve researched that took place in Live Oak, Fla. One winter morning in January 1944, 15-year-old Wilie James Howard was forced to jump to his death in the depth of the Suwannee River while his father, James Howard stood by, unable to intervene without risking his own life. His crime? Willie James had been accused of passing a love note to a white girl with whom he worked. I was raised in Live Oak, where the Howard family lived, and never heard of the incident until I went to college.

Just days ago, the Suwannee County Sheriff’s Ofﬁce announced the closure of a cold case involving the murder of a Black man. In 1983, Reginald Ward’s lifeless body was found floating in the Suwannee River, weighed down by sandbags and riddled with nine bullet holes. He was 23. Twenty-seven years later, it has been determined that he was murdered by William Clyde Sapp Jr., a White man, who passed away in 2020. We may never know the motivations for the murder, or if Sapp acted alone.

The randomness and continuity of this type of violence is chilling.

In the last days of February a federal jury found the killers of Ahmaud Ar bery, Travis McMichaels, George McMichaels, and William Bryan, guilty of hate crimes and they will soon be sentenced in addition to their state prison sentences. The convictions and the classiﬁcation are victories, and are especially satisfying because of the contrast in the outcome in the case of George Zimmerman. While both involved White-identiﬁed men acting as vigilantes in the pursuit and murder of young Black men, and saw biased individuals within the criminal legal system attempt to thwart investigation and arrest, only Zimmerman successfully deployed Florida’s stand-your-ground law in his defense.

These decisions are a glimmer of hope in the chasm that separates the failure of justice in the aftermath of Trayvon’s murder and the victory after Ahmaud’s. It has taken the rise of the Black Lives Matter Movement, and the efforts of this network of activists protesting the murder of other Black, brown, and indigenous people, over this past decade to shine a light on the unjust phenomenon of overpolicing and police brutality. We’ve seen the scholarship of Michelle Alexander and Ibram X. Kendi enter the public discourse, elevating our collective understanding of the existence of systemic racism and racist thought that undergird our society in the most innocuous ways. We have seen a historic racial reckoning during the summer of 2020 that generated more awareness of the dangers of racial inequality and social injustice that persist in the country.

While these are promising signs of progress, there has also been a coordinated effort to undermine the leadership of the Black Lives Matter Movement, to invalidate the scholarship of Black thought leaders as false and conspiratorial, and to silence discussion on the topics in K-20 education around the nation. Unfortunately, Florida stands at the vanguard in this war against racial progress.

In this current moment, each of us, as members of this society, have a choice to make in how we will use our voices and our vote. We can either continue our progression towards inclusion and equity, or we can either, actively or passively, allow those regressive forces to protect racial exclusion and White supremacy. My hope is that we can create a world where no more young Black men are victimized in the way that Trayvon and Ahmaud were. Ten years after Trayvon’s murder, there has been progress but we still have a long way to go.

Next post Florida’s 2 U.S. senators do little for state as they embrace the culture war