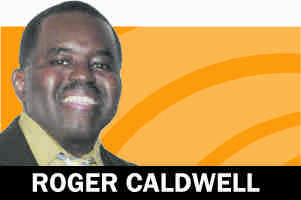 Black women are some of the most amazing females on the planet. There are many fraudulent images and concepts about black women in American culture, where they are considered angry, hard to talk too, and unintelligent. The image of black women as a B, gives everyone in the country, the impression that the majority of our women will curse you out, and always ready to ﬁght.

These inaccurate descriptions of black women give young black girls a negative impression of themselves, their culture, and race. When they are constantly being bombarded with foolishness on the radio with hip hop, and reality television, it makes black women appear silly.

But for decades black women have achieved phenomenal accomplishments, and the information needs the black media to lead the way, by exposing the truth to America and the world.

Shonda Rhimes, the most powerful show-maker in Hollywood says, “What we are is truth tellers, change agents, and troublemakers – in the best way. We’re agitating. And advocating. Standing on the shoulders of a long line of resourceful, and resilient black women. And preparing the next generation to take on the mantle, with their own kind of activism.”

Black women have always understood that there was racial discrimination, but they also were discriminated because of their gender. Black women and women in general knew they had to ﬁght and still nurture and take care of the children, and their man. Black women are magicians, and they were always working, and more women are graduating from college than ever before.

The essence of black women is they are survivors, with purpose as their common denominator. They take care of business, and they get the job done. “There are also countless women beyond the headlines doing the work every day without any of the fanfare,” says Amber Scott of the Black Enterprise.

There are always black women like Oprah Winfrey, Michelle Obama, whose contributions are too numerous to count, and are using their influence to promote other black women. “There is DJ Beverly Bond, who’s gathered up the sprinkles of Black Girl Magic to show the world how much black girls do indeed rock even though she’ll technically be a duchess after marrying into the Royal Family,” says Amber Scott.

Not only are black women some of the smartest on the planet, they also are the prettiest also. In December 2019, black women held ﬁve of the biggest beauty pageant titles in the United States and the world. “When Miss Jamaica, Toni-Ann Singh, was crowned Miss World in London, she joined an impressive roster of black women who hold some of the world’s most prestigious pageant titles,” says Tara Law of the NY Times.

Black women have a troubled history with race, when it comes to beauty pageants’ in America. The wins were very difﬁcult for blacks to get, because racism played a major part in every judge’s decision. But black women never gave up, and many of the contestants considered themselves freedom ﬁghters.

In almost every ﬁeld black women achieved, and they never stopped ﬁghting. Truth tellers, change agents, and trouble- makers – black women were advocating, agitating to break down the walls. Black women are the most beautiful women on the planet, they are queens, and we must edify them with our love.