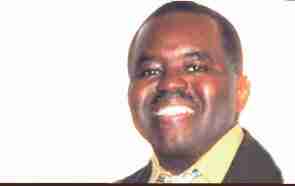 With 3½ more months before the presidential election, President Trump will become more desperate and dangerous as he fights to win a second term. As he becomes more arrogant and assertive, the rule of law becomes less significant and important to him. At this point in office corruption is more overt, and not secret or hidden.

Roger Stone broke the law. In February 2020, Stone was sentenced to 40 months in prison. He was found guilty in November 2019 of obstructing justice, witness tampering and five counts of lying to Congress. It was obvious that Stone was involved in working with Russia to help the president win the 2016 election. The justice system under President Trump is broken. There are two systems, one rich – one poor, one White – and one Black.

President Trump has commuted the sentence of his longtime friend and former campaign advisor Roger Stone, the White House announced on Friday, July 10th. “In light of the egregious facts and circumstances surrounding his unfair prosecution arrest, and trial, the President has determined to commute his sentence,” says White House press secretary – Kayleigh McEnany.

It is obvious that this was the beginning of the Trump horror show. The press secretary was lying, because Roger Stone was prosecuted for five counts of lying to Congress, and he should not be allowed to be a free man. There is something fundamentally wrong with our president, and the system giving his friends a get out of jail free card.

With this commutation, Trump makes clear that there are two systems of justice in America, one for his criminal friends, and one for everyone else.”

Under President Trump corruption is running rampant, and it appears that our legislators will not do anything to stop it. When Rep. Schiff admits to the news media that the justice system is broken, the question becomes, “Who can Americans trust?” A horror show is a film or play that arouses feelings of fear, danger, and a nightmare. President Trump has created a horror show in America, and countries around the globe cannot trust Trump, and they spend their time laughing at the condition of the country. Instead of the United States being a leader, they consider us a follower and a country without a leader. Everyone knows that under Trump we have a failed economy, with the highest debt ratio, and the highest national debt in the history of America. The other leaders know that Trump is a habitual liar, and any agreement is subject to change the next day or any week.

America also has the worst healthcare system in all developed nations, and we have no answer for Covid-19, and we lead the world in infectious cases and deaths. President Trump has turned America into a horror show and no one knows what scandal he will start next.

Roger Stone should be on his way to prison, because he is a criminal, who broke the law.

A poor Black man caught with an ounce of marijuana or unpaid traffic tickets, and a broken taillight, can be put in jail for who knows how long. The justice system is broken, and why are there so many Blacks in prison? Where is the Black man’s get out of jail free card? Maybe the system is set up to put Black people and people of color in jail so major companies can be more profitable.

Roger Stone is a criminal, who is now a free man, thanks to President Trump.