There are many ways to honor the symbols of nationhood 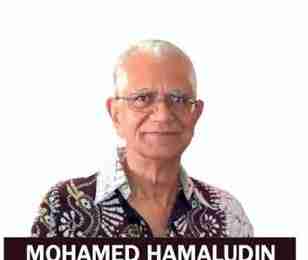 It seems, after all, that Colin Kaepernick, the San Francisco 49ers back-up quarterback, will not be penalized for refusing to stand for the National Anthem at the start of National Football League games.

That is not because there is a shortage of people who want him to be fired for what they regard as disrespecting a national symbol. In fact, after Kaepernick’s first gesture in a preseason game, many NFL team owners quickly announced that if he was released by the 49ers they would not hire him. Commentators generally echoed that view.

But Kaepernick has persisted, not just in the final part of the preseason but also during regular-season games. He has modified his gesture, going down on one knee instead of remaining seated.

What has changed is not that the owners have seen the light and realize that to punish Kaepernick would merely reinforce the point he is making. Rather, the change has come about because a growing number of other NFL players are supporting Kaepernick. They are taking a knee, like him, or raising clenched fists and, even when they stand, they are linking arms in a show of solidarity.

So far, though, one player, has been made a scapegoat. Air Academy Federal Credit Union and CenturyLink have pulled endorsement contracts from Brandon Marshall of the Denver Broncos and a former member of the Miami Dolphins. Marshall knelt during the national anthem in the Broncos’ season-opener against the Carolina Pan- thers.

So far, there are no reports of other NFL players being similarly penalized. A random perusal of news from recent NFL games indicate the following:

Miami Dolphins players Arian Foster, Jelani Jenkins, Kenny Stills and Michael Thomas knelt during the singing of the anthem in their season-opener Sunday night against the Seattle Seahawks.

All members of the Seahawks squad, while standing for the anthem, also linked arms.

On Monday Night Football, team-mate Eric Reid joined Kaepernick in kneeling before their game against the Los Angeles Rams. Two other 49ers players, Antonio Bethea and Eli Harold, stood but raised clenched fists reminiscent of the protest by Tommie Smith and John Carlos at the 1968 Olympics in Mexico City. Kenny Britt and Robert Quinn, two members of the Rams, did the same.

So did Marcus Peters of the Kansas City Chiefs as his team got ready to take on the San Diego Chargers on Sunday. Reuters news agency quoted Carlos. Now 71, as praising the protesting players for giving Americans “a shock treatment.”

A growing number of coaches and even team owners are also becoming supportive. Even President Barack Obama has weighed in on the side of Kaepernick, saying the 49ers player has a constitutional right to protest as he is doing and raising questions “around some topics that need to be talked about.”

So Kaepernick’s one-man movement has evolved into kneeling and even raising a clenched fist and, as the numbers swell, it is becoming increasingly unlikely that the protesters will be penalized, as happened with Marshall. Even with him, Air Academy Credit Union and CenturyLink, the Louisiana-based global communications company, could have a change of heart when they understand that Americans should not be punished for exercising their constitutional rights.

It seems certain that the movement will spread in coming weeks and that basketball players will join in when the NBAl season starts. But it is unlikely to spread to Major League Baseball, because, as Baltimore Orioles player Adam Jones told USA Today, “Baseball is a white man’s sport.” He explained that blacks comprise only eight percent of MLB players, compared to 68 percent in the NFL. “You need those players,” he said of the NFL athletes. “In baseball, they don’t need us.”

Still. there yet may be baseball players willing to risk their jobs for the cause. The Kaepernick movement should be seen not as disrespecting the Star Spangled Banner and the Stars and Stripes, as has been widely assumed. Rather, it should be seen as calling attention to how the promise of those national symbols is not being fulfilled for all Americans. It is, indeed, the best way of honoring what they stand for.

Next post Obama Administration says no to legal marijuana