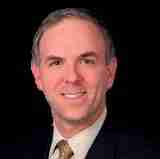 Roughly one in four American workers has ﬁled for unemployment since the pandemic began. To stem the historic tide of unemployment, policymakers quickly put together a series of legislative packages to help companies keep their workers on payroll.

An often-overlooked economic stimulus that requires no additional spending of federal dollars is trade enforcement. Virtually every country in the world has signed up to rules that require them to treat U.S. exports and U.S. companies fairly. If our trading partners would fulﬁll the commitments they have made and provide a level playing ﬁeld for U.S. companies, U.S. companies could sell more products and services in those markets to boost American jobs.

In fact, some of the worst trade violations involve other countries’ treatment of America’s intellectual property rights, the intangible yet incredibly valuable rights that protect the movies, music, software, medicines, and innumerable innovative products that Americans are so good at inventing.

Our country’s intellectual property assets total around $6.6 trillion. Intellectual property-intensive industries employ some 45 million Americans who earn about 46 percent more, on average, than their counterparts in other areas of the economy. These are the advanced industries of the future that will create jobs far faster than other sectors and are invaluable in our current economic crisis. Altogether, intellectual property theft sucks up to $600 billion out of the U.S. economy every year.

When Brazil, India, or South Africa fail to respect global copyright norms, set designers, studio musicians, engineers, programmers, and others in America lose out on work. When Canada, Japan, or South Korea refuse to pay anything more than a fraction of the fair cost of a medicine researched, developed, and sold by a U.S. company, that company can’t hire the next researcher to discover the next new medicine. And when Indonesia, Thailand, and Vietnam require companies to build costly local data centers, create new taxes on goods and services sold online, or block U.S. streaming companies from operating in their markets, these countries limit or block the opportunity of U.S. tech ﬁrms to win new customers abroad and hire more U.S. workers at home.

For these reasons, a broad coalition of business associations from across the economy has banded together to form the Alliance for Trade Enforcement. While we believe opening new markets is also important, we will focus our efforts on calling attention to longstanding barriers that are depressing U.S. job growth in key sectors of the American economy. We will advocate for the U.S. government to leverage existing trade agreements and the tools those agreements provide to force our trading partners to fulﬁll the commitments they have made to us to maintain a level playing ﬁeld for U.S. companies.

By getting our trading partners to treat U.S. companies and U.S. investments fairly, as they have agreed to do, the Alliance for Trade Enforcement seeks to increase exports, support U.S. workers, and help grow the economy at a time when growth is so badly needed.

Brian Pomper is executive director of the Alliance for Trade Enforcement. This piece originally ran in the International