Trump and Republicans must operate fairly with integrity

Somewhere deep in the heart, there is right and wrong.

As the day continued, everyone supporting the repeal of the ACA asked the same question, what went wrong? But in every person’s heart, there are values and convictions, and it takes moral courage to do the right thing.

Three Republicans, John McCain of Arizona, Susan Collins of Maine, and Lisa Murkowski of Alaska, all voted against the “skinny repeal” of the ACA, and they did the right thing. This last ditch effort to repeal the ACA was done in secret, and none of the Senators had any idea of what they were voting on. During the entire process Senate Majority Leader Mitch McConnell was never transparent or fair.

Senator John McCain later released a statement saying, “while the amendment would have repealed some of Obamacare’s most burdensome regulations, it offered no replacement to actually reform our health care system and deliver affordable, quality health care to our citizens.”

From the very beginning, the Republican’s healthcare bill was never designed to improve quality health care for Americans. It was designed to give a tax-break to the rich, and allow insurance and pharmaceutical companies to make larger profits.

After 6 months, this is a major defeat for Trump and the Republicans, because they expected to repeal the ACA with the “skinny repeal.” There is a major divide in the country, and Trump is devastated and angry. integrity Everywhere Trump turns he is being investigated, challenged, or called incompetent and a criminal by Americans and the main stream media. All across the country there are protests challenging his policies, and members in his own party are not afraid to challenge his authority.

Many in the main stream media have announced that last week was one of Trump’s worst as president. Last week Trump fired Sean Spicer, his administration secretary, and Chief of Staff Reience Preibus, and no one knows if it will help or hurt his administration. The present Trump White House is dysfunctional, and it needs to hire hundreds of support staff to do the administrative functions of the job.

Last week both Houses passed sweeping bipartisan legislation, which added new sanctions on Russia, and blocked Trump from easing sanctions on the country. The bill passed the Senate 98-2, and passed the House 419-3.

This bill is challenging Trump’s authority. On Wednesday, Trump signed the bill. Putin who is Trump’s new best friend is not happy about the new sanctions, and the two Houses are putting power back in their hands. Had Trump decided to veto the legislature, the two Houses had the votes to override the president’s veto.

With 4 investigations going on at the same time over Russian collusion, criminal allegations, and obstruction of justice, Trump is probably not sleeping well at night. Trump hired a new communications director Anthony Scaramucci, who reports directly to him, but he had no experience or idea how to run a government.

Scaramucci’s week started rocky by him telling the media that he would fire everyone on Trump’s team to find out who was a leak. During this crazy introduction to the press, he also used profanity and disrespectful language to make his points. To many this new addition to Trump’s team would not solve any problems in the White House. (Scaramucci resigned Monday.)

You close your mouth and learn the job; you were hired or elected to do. You can keep talking and tweeting until you are impeached or go down in flames. America operates within the rule of law, criminals eventually get caught dirty and breaking the law.

Trump has broken the law.

Next post Pew poll: A quarter of blacks have been harassed online 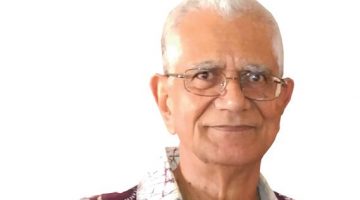