Vote NO on Amendment 2 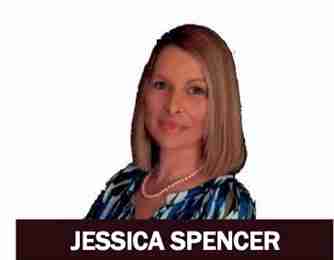 “Our Health Matters,” writes Kim McCray in last week’s Political Special Section. In her piece, which is actually a perfect display of the lack of integrity implicit in United For Care’s campaign, she drops the term “medical-grade” marijuana—of course there’s no such thing. She also makes the outrageous claim that so-called medical-grade marijuana won’t get you high no matter how much THC it contains. This is utterly false. THC is THC and it gets you high no matter what you call it.

I’ll give Ms. McCray the benefit of the doubt here and assume she’s just confused and not intentionally lying to the readers. But the fact is, nobody has ever made that claim. NOBODY. Perhaps she’s thinking of Charlotte’s Web—a marijuana extract that doesn’t get you high precisely because it IS low in THC. That would be odd though since Charlotte’s Web is already available here in Florida.

I agree of course. Our health does matter; which is why it’s so important we defeat this amendment. United For Care’s campaign is based on nothing but anecdotes and, as evidenced by Ms. McCray’s piece, downright lies. Science-based review, conclusive evidence, clinical trials—these are the standards of 21st century medicine. And despite the claims of United For Care, marijuana has yet to hold up to these standards. Proponents of Amendment 2 claim their campaign is about compassion, but since when is compassion synonymous with reckless, imprudent, uncritical or unwise? Here are the facts:

• A study published in the Journal of Clinical Psychiatry found marijuana use actually worsened symptoms of PTSD and increased violent behavior. The lead author in the study, Samuel T. Wilkinson, MD, also of the Yale University School of Medicine notes that although many states are approving the use of so-called “medical” marijuana for PTSD, there are “no randomized controlled trials showing efficacy and safety.” http://www.ncbi.nlm.nih.gov/pubmed/26455 669

• The American Psychiatric Association confirms: “There is no current scientific evidence that marijuana is in any way beneficial for the treatment of any psychiatric disorder.” • Drs. Deepak Cyril D’Souza and Mohini Ranganathan of the Yale School of Medicine conducted an extensive review of 79 trials studying the medical benefits of marijuana and found the evidence is scant: “For most qualifying conditions, approval has relied on low quality scientific evidence, anecdotal reports, individual testimonials, legislative initiatives, and public opinion. Imagine if other drugs were approved through a similar process.”

• In her 5 Reasons Why Marijuana is Not Medicine, Dr. Bertha Madras, professor of psychobiology at Harvard Medical School, notes that dispensary marijuana “has no quality control, no standardized composition or dosage for specific medical conditions. It has no prescribing information or no high-quality studies of effectiveness or long-term safety.”

We maintain that those with serious illnesses deserve the very best care based on 21st century medical standards. But United For Care is intent on building false hope around a drug whose efficacy has yet to be proven for the sole purpose of legalizing marijuana.

Perhaps all of the above contributed to the Florida Medical Association’s decision to vehemently oppose Amendment 2, stating: “There is nothing medical about this proposal.”

Who else agrees? The Obama Administration for one. Marijuana is a Schedule I Drug meaning it has no currently accepted medical use. Just last week, the Obama Administration denied a bid to reschedule marijuana: “This decision is based on whether marijuana, as determined by the FDA, is a safe and effective medicine and it’s not.” When an amendment is supposed to be about medicine, but is backed by trial attorneys and opposed by doctors, research professors and even the White House, who are you going to believe? Vote No on Amendment 2.

Jessica Spencer is the Policy Director for Vote No On Amendment 2.