We are patriots too! 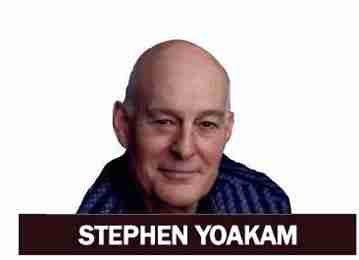 Standing in front of the Federal Building in Minneapolis with our “Resist” signs and a copy of the U.S. Constitution, my friend Al and I had plenty of time to talk about the many reasons we decided to protest peacefully on an ordinary Wednesday. Plenty of time to catch up on family, the vagaries of our mutual profession in the arts, plenty of time to wave at the mostly supportive motorists and passers-by who quizzically stared at two older men wondering what these two guys were resisting.

And then an unexpected and wonderful thing happened. Someone actually asked that very question and a lengthy, nuanced and reasonable discussion of concerns and issues took place. An official SUV pulled up down the block and a uniformed member of the Federal building’s security team approached us and asked “So guys, what are we resisting today?” To which I replied, “Just about everything Donald Trump stands for.”

“Really? Everything?” And we laughed, started to talk, and made an attempt to learn things about one another that revealed as much about what we had in common as well as our differences. Both he and Al were veterans, both he and I have family members who were career firemen, all of us were lifelong union members.

He talked about the waste and inefficiency of big government and I asked for an example. He told us that as a member of a bomb sniffing unit, of course he was responsible for the training and care of his dog. But he was also responsible for providing the cost of feeding his dog which came to over $130 a month out of his own pocket. Both Al and I agreed: whatever government regulation that put this guy on the hook for feeding his service dog was wrong headed and meddlesome.

As the son of a physically handicapped father, I talked about how offensive candidate Trump’s words and actions were when he made fun of a reporter with Palsy.

Al and I talked about how reprehensible his behavior was when he bragged about his conquest and physical assault of women. Our discussion partner agreed that this was incredibly stupid and irresponsible behavior for a man who wanted to be the leader of our great country. We agreed to disagree on a number of topics and then he said, “but I consider myself a patriot” and Al and I simultaneously said “So do we.”

Which brings us to the question of what the word patriot means and how do we all as citizens exercise our rights, emotions and intellect as such on an everyday basis? We can look up the definition in Webster’s but that doesn’t really get to the heart of the matter. We can take the heart and emotions out of the matter but that doesn’t address the burning righteousness all of us feel when we vehemently disagree with each other. I maintain that on this day the three of us, as citizens, exercised the highest expression of patriotism when we stood on a city street and passionately but respectfully, debated some issues of concern. We didn’t come to a consensus on everything, but neither did our Founding Fathers when they drafted the U.S. Constitution.

One thing I think we all gained from that day was a refreshing lack of 24 hour news cycle babble. The noise was tuned out and civil discourse took its place. Exercise your patriotism; if the opportunity presents itself to engage in reasoned dialogue…don’t pass it by.

Next post Blacks, Hispanics overdue for intense dialogue on race