Who benefits in America with the exorbitant cost of healthcare? 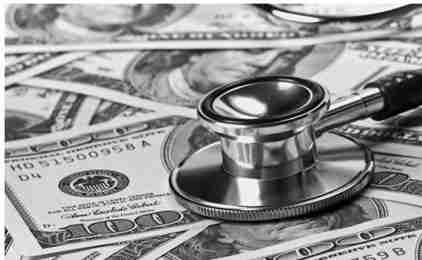 “Not only does the US have the highest per-capital healthcare in the world, but they’ve been going up faster than in other rich countries for the past three decades – yet we haven’t gotten more or better care for our money,” says Consumer Reports.

Healthcare is not a racial issue; it is an American issue/crisis, and 30% of care provided in this country is increasing. The Affordable Care Act (ACA) expanded healthcare to over 20 million Americans, but it did not directly address costs.

As doctors complain about losing money, hospitals are charging patients up to $37.50 for a single Tylenol. Some doctors are ordering MRIs’ because they own the machines, and some patients may not need an MRI. Some clinics are performing up to three procedures when the patient may need only one procedure, and insurance companies are paying for all procedures billed.

Many patients who go to the doctor may not have an idea of what the doctor is doing. Many doctors appear rushed, and patients are reluctant to ask questions due to time constraints.

America’s healthcare is a rip-off, and many in the healthcare business are committing healthcare fraud.

“The Senate healthcare bill released yesterday does not repeal Obamacare.

It doesn’t even significantly reform American healthcare. It cuts taxes. It bails out insurance companies. It props up Obamacare through the next election. It lays out plans to slow Medicaid spending beginning in 2025. It leaves in place the ham-fisted federal regulations that have driven up family health insurance premiums by 140% since Obamacare was implemented,” said Senator Mike Lee Utah (R).

In one of the richest countries in the world (USA), healthcare is a scam and the Senate bill is a disaster. Mitch McConnell and his team are not concerned with healthcare for Americans; they are only concerned with winning for Trump by providing tax cuts for the rich, pharmaceuticals, and insurance companies.

The Senate bill was created in secret, and entirely written behind closed doors. There were no committee oversights, healthcare providers, community organizations, or local politician hearings to talk about the implementation and the feasibility of the bill.

Very few in the Republican or Democratic Party are telling the truth about healthcare because major insurance and drug companies are in control of the profits, and are cutting out small pieces of the pie to hospitals and workers.

When American politicians and citizens agree that healthcare is a basic human right, and not a privilege, a principled and ethical national discourse can begin. Our American Democracy has a responsibility to provide all its citizens with excellent healthcare.

All Americans must be engaged in future healthcare savings, and it will be based on a socialist platform. Medicare and Medicaid makes the most sense to build a framework around for an American healthcare system, and the goal is to ensure Americans get the best quality of healthcare service from birth until one’s demise.