Yes, our history has been full of choices

It has taken more than four hundred years to go from being born “Kunta Kinte” to being made into “Toby,” to becoming Kanye West. What a journey, what with all those choices in between! That’s right, I said choices!

Let’s consider a little history and the many choices made during the initial period of barter and exchange that took place between Africans and the first set of Europeans who were in search of, first gold, then other riches from Africa, including human labor.

Yes, it is true that in all parts of Africa, there were always some group conquering another. It was just that way. Even to this day, in Africa, there are competing tribal allegiances, with resulting frictions that are often based on the history of military superiority, language differences, the pantheon of various gods worshipped, competing inheritance lines from mothers and/or fathers, historical relationships with colonizers, etc.

Also, remember that ‘slavery’ was a long-established practice under a unique system operating throughout the African continent — long before the Europeans came — and it served many purposes: military dominance; territorial expansion; population control, expanded labor pool; access to more women, etc.

Was it right? What is right? Was it moral? What is moral? Can we ever make the right choice? Hindsight is 20/20.

The Europeans, who were constantly looking for ways to expand their wealth by discovering places, conquering people with the use of superior weapons, bartering with glitter, and offering the virtues of their culture, struck deals with the dominant groups of Africans, in exchange for trinkets, guns, and in some cases, a new God.

Hence, black bodies were conquered by other blacks and traded to the whites in exchange for something different. But was it better? And just who had choices then? The just, or the mighty?

The Atlantic slave trade began as an economic response to the Europeans’ expansion efforts in the so-called “New World,” since all the natives of that region had been used up and/or exterminated from the white man’s diseases and brutalities, they needed to be replaced.

(It was logical for the Europeans to conclude that the healthy, black-skinned persons from Africa were already used to laboring in the heat near the equator, and therefore, would be useful on the sugar-growing and other plantations in the Caribbean and South America).

Our African brothers have since offered an apology for their complicity in the transactions that resulted in our bondage in the New World. They explained they were not aware of what our fate would be under the European system of slavery. Their explanation will have to stand as a reasonable, for now. So much for ancient history.

What were some of the other subsequent choices in this scenario?

During post- African capture, first there was the choice of committing suicide; by self-starvation, or by leaping into the shark-infested waters all along the Atlantic Ocean slave route.

Then, there was infanticide by mothers who refused to let their children be born into slavery.

Next, there was the choice of running away from enslavement, only to face capture followed by some variety of torture, and/or lynching, if caught.

Or, as with the majority, choosing life and continuing to survive/thrive within a family/ community. Now, that’s a choice, for sure. And that brings me to today, when our choices seem to be unlimited, especially if you believe commercially-produced messages and images about black folks’ lives where everybody is beautiful, prosperous, in a nuclear family, and in many cases blended, i.e. mixed race. Seemingly, we have been offered access to the promise land.

But there is also a plethora of in-your-face cautions to consider before making choices. Recently, Childish Gambino’s viral video, “This is America,” challenges us all to look closely at the consequences of some of our choices as black folk in this country: living with persistent police brutality; romanticizing gun violence (we, too, insist on protecting our second amendment rights), blind and callous pursuit of wealth and beauty (often measured by non-African standards), and constantly being distracted by catchy beats and dance moves — to keep us off balance. 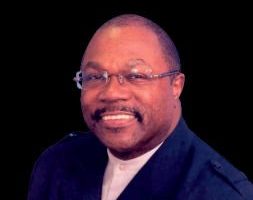