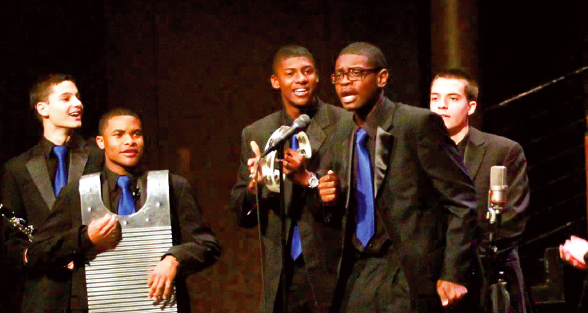 Jazz lovers are in for a free treat. The nationally acclaimed high school jazz band, The Dillard Jazz Ensemble, which has performed with professional, respected artists like Wynton Marsalis, Lou Donaldson, Rodney Whitaker, Willerm Delisfort, Marquis Hill, Ron Carter, Jeff Clayton, Vincent Gardner and others, will take the stage at ArtsPark at Young Circle on Saturday night for an evening of music under the stars.

Over the years, the program has developed from one to two jazz bands and they have reached a level of skill, style and swing that has earned the program a strong national presence. The band has been under the direction of Christopher Dorsey, director of jazz studies and instrumental music since 2004.