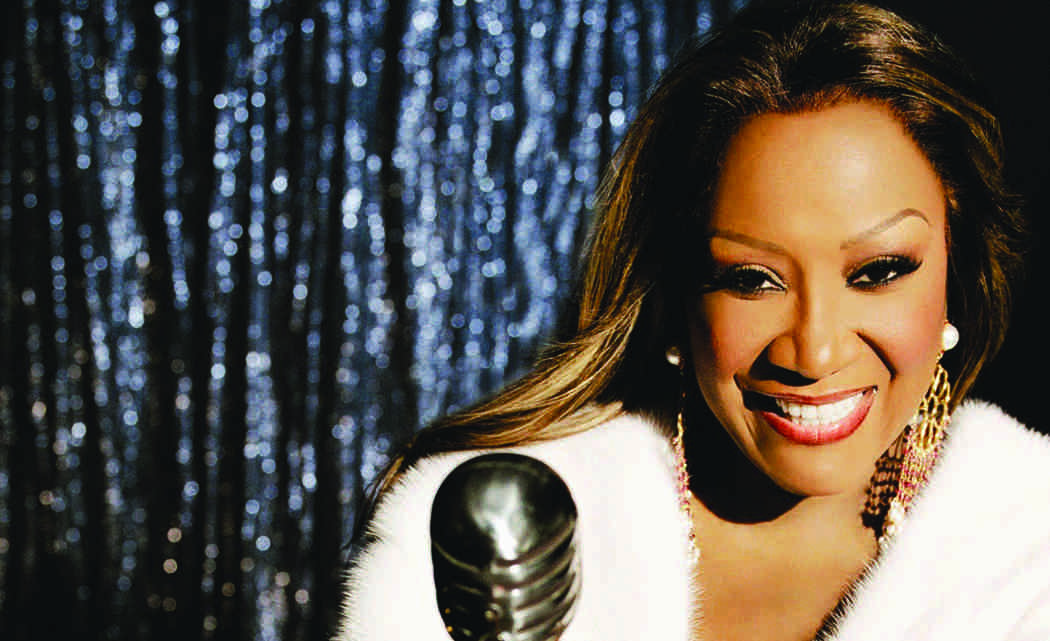 FORT LAUDERDALE, FL — Life for Patti LaBelle began at 60. Really. She proudly proclaims it was at that mark she developed a new attitude.

“People who are afraid of turning 40 aren’t living,” she said in a telephone interview from her Philadelphia-area home. Now at 70, well, 70 and a half, she wants you to know — LaBelle proclaims the best is yet to come.

“It’s just beginning for me. At 60, things got better for me vocally, spiritually,” she said. “Never be ashamed of your age.”

LaBelle, the consummate entertainer noted for her fiery performances, brings her brand of showmanship to South Florida this week. The two-time Grammy Award-winning queen of rock and soul will heat up the stage 8 p.m. Saturday in the Au-Rene Theater at the Broward Center for the Performing Arts, 201 SW Fifth Ave. in Fort Lauderdale. Tickets are $39.50 to $100 with Club Level tickets available for $139.50.

Known for her high-octane performances and beloved hits such as Lady Marmalade and New Attitude, LaBelle transcends generations of audiences in a career that spans more than 50 years. She said South Floridians should expect that same level of energy.

Her song selection varies with each show, but there are some mainstays that she plans to perform, including Somewhere Over the Rainbow, New Attitude and You Are My Friend. “I never really know. It’s a Patti surprise,” she said. “Hopefully everybody will leave with a smile on their face.”

Born Patricia Louise Holte, LaBelle grew up singing in the church choir. She moved to R&B in the 1950s as the lead vocalist of Patti LaBelle and the Bluebelles, and later Labelle. In her official bio, she talks about what keeps her motivated:

“Each year I grow, and that’s a blessing from God. I do what I can do. I do what I feel God has given me the energy to do, so I just go out there and I do it … It’s not about making money because I don’t need money, but I need to sing. With a voice or without, I’ve got to get on that stage.”

Regarding today’s performers, the pickings are slim in terms of artists who LaBelle enjoys. On a very short list of contemporary artists are Anthony Hamilton and Kem, the latter of whom performs Saturday night at Broward Center. She prefers the singers who came along in earlier times.

“There’s not much music on the radio these days,” she said. “If you hear a good Curtis Mayfield, Marvin Gaye, Aretha Franklin or Patti LaBelle, you’re good. “There’s not a lot of music you can listen to with your family without being embarrassed.

She said she doesn’t listen to music at home, doesn’t own a record or CD player, and doesn’t have an iTunes account. “I hear stuff in the car going to the airport.”

Something she does do with wide acclaim is to participate in causes. LaBelle advocates for adoption, foster care, Big Sisters and the United Negro College Fund, among many other initiatives. She continues to speak out about diabetes prevention for personal reasons: Within a 10-year period, she lost her mother, three sisters and best friend to diabetes and cancer. In 1994, LaBelle was diagnosed with diabetes, and later became a spokesperson for the American Diabetes Association.

That malady does not slow her, she said. “I have [diabetes] but it doesn’t have me.” She said she stopped taking some diabetes medications because she modified her eating habits.

“I’m getting better. I stopped doing a lot of crazy things with food.”

With all the changes, LaBelle said she’s grateful for life, and her five-plus-decade long career, and longevity.

“I know I’m blessed. I never take anything for granted. I never beat myself up. Things shift. I don’t think they shift to ugly. Every wrinkle is a graduation, every line is another graduation. Some people can’t wake up,” she said.

“When we wake up in the morning, we [should be] grateful to be here.”

Previous post Stop and smell the tulips some varieties, anyway