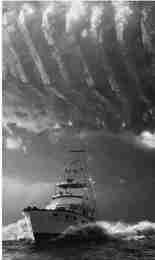 None of the movies that did poorly this summer were the spectacular species of bomb: an out-of-left-field disaster like The Lone Ranger. The failures of Benur, Independence Day: Resurgence and Teenage Mutant Ninja Turtles: Out of the Shadows were, to most people who have seen a movie in the last decade, not exactly shocking. Instead, the running theme was of big movies not living up to the hype, for either moviegoers, critics or both.

Suicide Squad is one of the biggest grossers of the summer with $577.6 million globally, but it and the previous Warner Bros.-DC Comics film, Batman v Superman: Dawn of Justice, may have left hundreds of millions on the table by not being better and more crowd-pleasing.

Still, Warner Bros. – while vowing to keep improving its DC superhero films- could celebrate a 39 percent uptick from summer 2015, with successes like the comedy Central Intelligence and the low-budget thriller Lights Out.

“It’s all about content and making the best movies you can. That’s true in any period of time,” says Jeff Goldstein, distribution head for Warner Bros. “The baby boomers are clearly going to the movies. But the audience that’s a little harder to attract is millennials. You have to come up with something they want to see and have it be cool and different.”

One of the priciest bombs came from Holly- wood’s most bankable director. Steven Spielberg’s The BFG seemed a surefire combination of director and material, but the Disney release hasn’t made much more than its $140 million production budget globally. Alice through the Looking Glass, opening on the heels of domestic abuse allegations against its star, Johnny Depp, saw one of the steepest drops ever, compared to a predecessor. It made a staggering $740 million less than the 2010 original.

And yet the North American box office, according to comScore, is nearly equal to last summer. The industry projects somewhere around $4.4 billion in ticket sales, making it one of the highest grossing seasons ever (in today’s dollars). On the year, the box office is pacing ahead of last year, despite the potholes along the way. “Even in the midst of mixed results from just about every studio, we’re still seeing some record numbers being put up,” said Dave Hollis, distribution head for Disney. “Lots of reasons to be excited, but there certainly have been some pauses momentum-wise.”

The overall numbers, however, obscure the losses for many movies and several studios. While business is booming at Disney, thanks to the likes of Finding Dory and Captain America: Civil War, it isn’t so much at Paramount or Sony. The top three films of the summer – Dory, Civil War and Universal’s The Secret Life of Pets – account for more than 25 percent of the box office. Out of 14 sequels this summer (four more than last year), only three have outperformed their predecessors. “More of the same is not working and that’s a pretty glaring problem for the studios,” says Jeff Bock, senior box-office analyst for Exhibitor Relations. “This was a crop of rushed, bad sequels.”

It’s not easy to sift through the wreckage of the summer’s numerous whiffs, particularly since the definition “a flop” is often debated. Few films bombed in North America more than the $160 million video game adaptation Warcraft, but that film made oodles of money in China – perhaps a sign of shifting international priorities.

The much scrutinized, female-led Ghost- busters was hailed by Sony Pictures as a hit, even while its lackluster performance doomed hopes for more installments from the cast and director Paul Feig. Before Star Trek Beyond made its tepid arrival in theaters, Paramount announced its plans for a fourth Star Trek film. Wishful thinking or smart marketing?

Other disappointments offer more clarity. Last weekend’s dismal opening of the big-budget Ben-Hur may have cost Paramount $100 million and could signal an end to the resurrection of the Bible epic. The 20-year-old Independence Day franchise, too, will likely surge no more. “Hollywood needs to find a balance between ‘What are people really interested in?’ versus ‘We just want to make a sequel to this because that first one made money,’” says Bock.