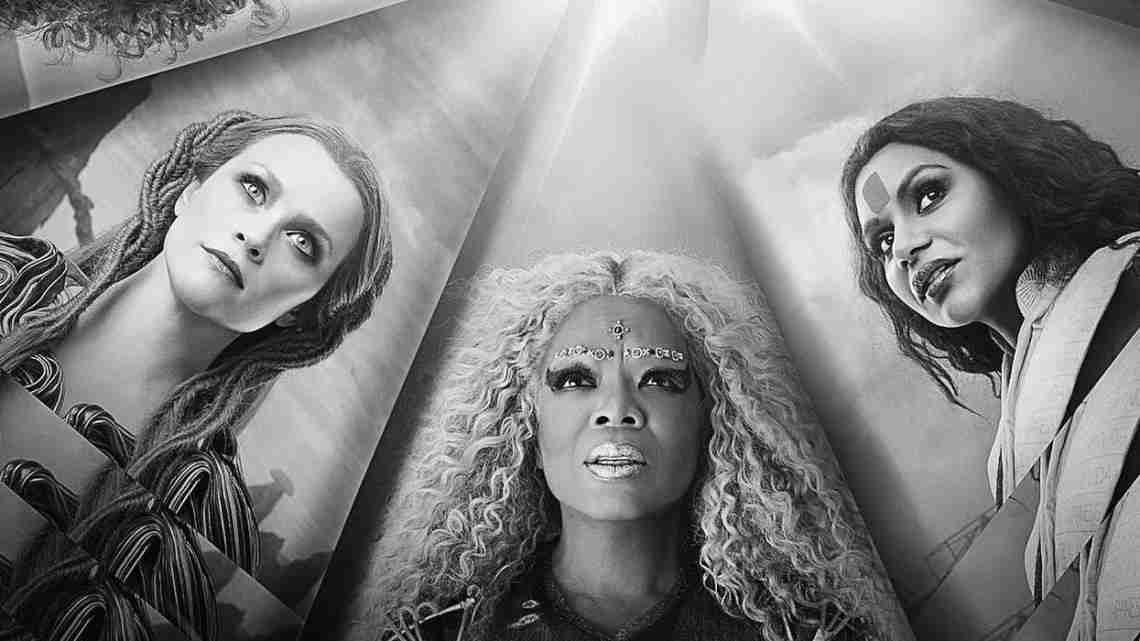 “I guess I’m attracted to that kind of energy: Like-minded take over the world-ness,” DuVernay said.

Winfrey, Witherspoon and Kaling spoke recently with The Associated Press about the film, DuVernay’s achievement, a changing industry and Winfrey’s life advice.

Remarks have been edited for clarity and brevity.

WITHERSPOON: It’s great to be around people who inspire you and lift you up. My grandma used to say, `People are either a radiator or a drain. Surround yourself with people who radiate light and goodness and love and do not stick around the drains because they will pull you down.’

AP: What do you think of the historic fact that Ava DuVernay got to direct this?

WITHERSPOON: It’s extraordinary when a company of this size puts their money into it and their entire marketing into this. This is not the level of marketing I’m used to.

KALING: I’m like Carrie Bradshaw where I’m walking down the street and see a bus with my face on it.

WINFREY: That happened to me! I’m driving down the street and I see my face on a bus stop and I’m like, `Stoppppp! Stoooopppp! That’s me!’

WINFREY: That is some Disney power, baby.

AP: Do you think the entertainment industry is ready to give women second chances if their film underperforms or isn’t `The Force Awakens’?

Even if something is a modest success, sometimes it’s treated as an anomaly.

KALING: Well we’re kind of chipping away at that with your Ryan Cooglers and Jordan Peeles and Patty Jenkins.

But I love that studios are listening to audiences. When Disney makes this choice, they’re saying: We care about the audience. We’re listening. We hear you. You want to see yourselves. You want different storytellers.

AP: Have you felt a change in the past few months? Are people more receptive to your ideas?

WITHERSPOON: After `Big Little Lies’ it’s been totally different. It’s incredible what that show did for my producing career. I’ve been enormously grateful. I do remember a year and a half ago walking into a studio and talking about the projects we wanted to make and this guy goes, `Well we don’t really make biopics because they’re not really fresh.’ And I said, `How many biopics are there about women?’ He couldn’t name one. And I said, `OK, so is it fresh. Because if you’ve never seen it I think that is pretty much the definition of fresh.’ I saw this video of little girls and someone asked them to name an inventor and all they could name were men. There are all these female inventors and they don’t know any of them.

KALING: I don’t know any of them….

WITHERSPOON: Because we haven’t told their stories!

AP: What can men do to help this progress continue?

WITHERSPOON: I would like to see some big actors say that they are going to work with different types of directors. Take the opportunities that they’ve had and use them to lift other people up. We all need to mentor a lot of young people too.

WINFREY: You’re going to take on mentoring now too?

WITHERSPOON: I’m doing a camp this summer for female filmmakers. Thirty girls between 18 and 20 are going to learn how to write their own stories and shoot their own movies.

WITHERSPOON: Ava’s going to help me.

WINFREY: Oh good, she’s going to do that too? I’m Ava’s life coach and I try to help her not to take on too many things. She was doing this movie, she was finishing a movie for the Smithsonian, and she was doing
“The 13th” all at the same time. Which I know is impossible to do. She did it. But you don’t do that without it taking a toll on you, and eventually that catches up with you. So, take care of yourself. I’ve done that thing where your schedule is so full and you’re overwhelmed where you don’t even know where you are. And then you can’t even remember what you’ve done. I have years I can’t remember. It used to be like,
`Oh there’s a half an hour, let’s fill that.’ Just because there is a little blank space on the page doesn’t mean you have to fill it.